End of an Era! Pradeep Maharathy passes away 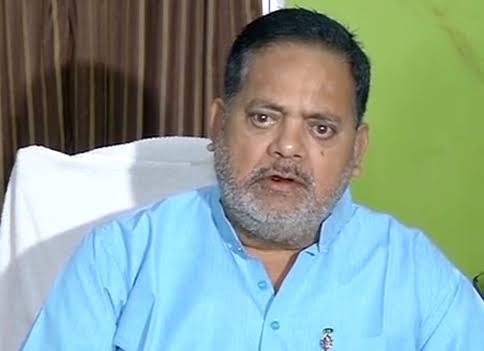 TNI Bureau: An era in Odisha Politics comes to an end with the shocking demise of seven-time MLA from Pipili and former Odisha Minister Pradeep Maharathy.

Maharathy breathed his last at a private hospital in Bhubaneswar at the age of 65. He had tested positive for Covid-19 on September 14, but later recovered. However, he developed other complications and was hospitalised.

Despite the best efforts of doctors, his condition deteriorated and he was put on ventilator support on October 2.

He was a Minister of Panchayati Raj & Drinking Water Supply, Agriculture and Fisheries. He had to resign twice in 2012 and 2019 over the same issue of infamous Pipli “gang-rape” and murder case.

In 2012, he resigned after being accused of shielding the accused in the case. When the accused were acquitted in December 2018, he reacted saying “Truth has prevailed. Bebina (victim) got justice”. His comments created a furore and he had to resign in January 2019 to calm down rhe passions.

Despite being a controversial personality, he had a huge fan following in Pipili area. The poor and young people looked up to him in the hours of need.

His body would be taken to the Odisha Assembly and then BJD office. His mortal remains will be taken to Pipili after that. Last rites will be conducted at Puri Swargadwar.

Chief Minister Naveen patnaik has expressed deep grief at the passing away of Pradeep Maharathy and described him as a stalwart of BIju Janata Dal and a long time associate of Biju Babu. He conveyed his deep sympathy to the bereaved family and the people of Pipili.

The mortal remains of late Pradeep Maharathy will be cremated with full state honours .