According to sources, Elon Musk intends to fire 3,700 workers at Twitter, or 50% of the workforce, in an attempt to reduce costs.

TNI Bureau: According to sources, Elon Musk has reportedly intended to fire 3,700 workers at Twitter, or 50% of the workforce, in order to cut-down costs. The new owner of Twitter plans to notify the impacted employees on November 4.

An email reportedly instructed Twitter employees to go home and not return to the offices on Friday as the cuts proceeded.

Twitter reportedly said in the email that its offices will be temporarily closed and all badge access will be suspended in order “to help ensure the safety of each employee as well as Twitter systems and customer data.”

The company-wide email says Twitter employees will receive word at the start of business Friday, California time, on their fate.

Additionally, Musk wants to alter the company’s current work-from-anywhere policy, which would require the remaining employees to go to offices. There may potentially be some exceptions, according to sources.

Musk must look for ways to cut the expenses of a business he claims he overpaid. In April, as the markets were beginning to decline, the millionaire decided to purchase shares for $54.20 each. He then allegedly claimed that the business had deceived him about the popularity of phony accounts after attempting unsuccessfully for months to cancel the agreement. In guarantee that Musk maintains his word, the San Francisco-based firm recently filed a lawsuit. However, Musk eventually gave in and decided to close the sale under the prearranged terms. 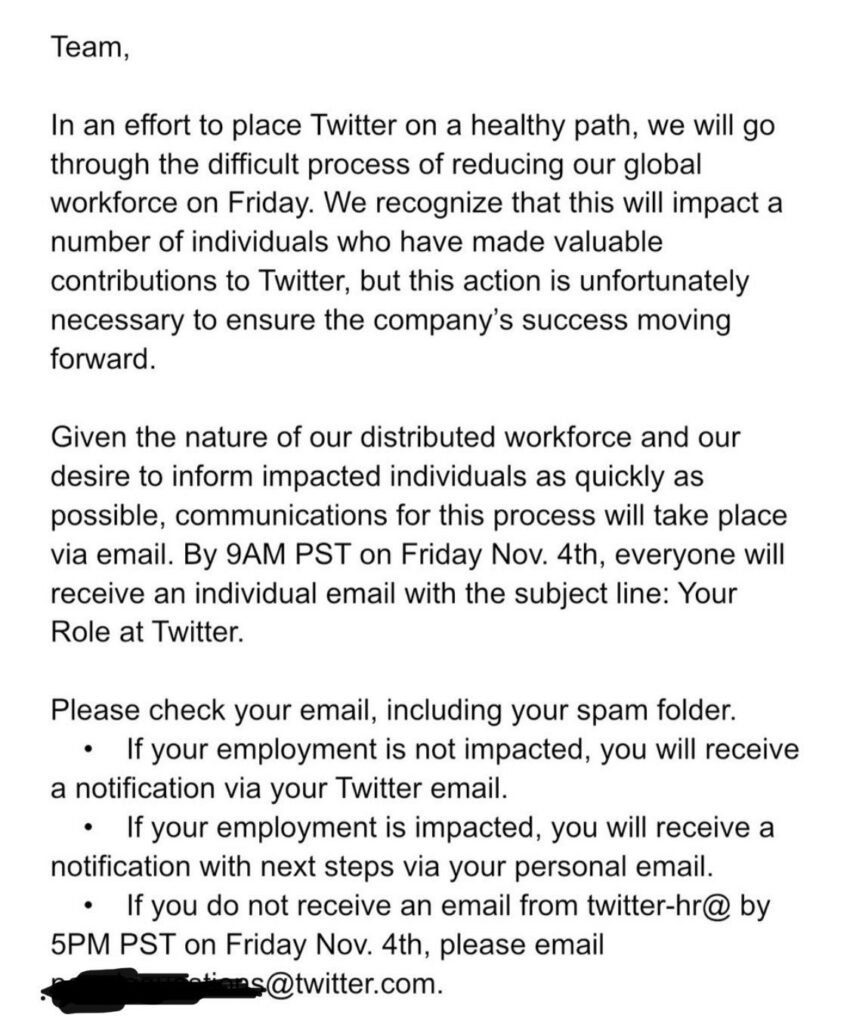 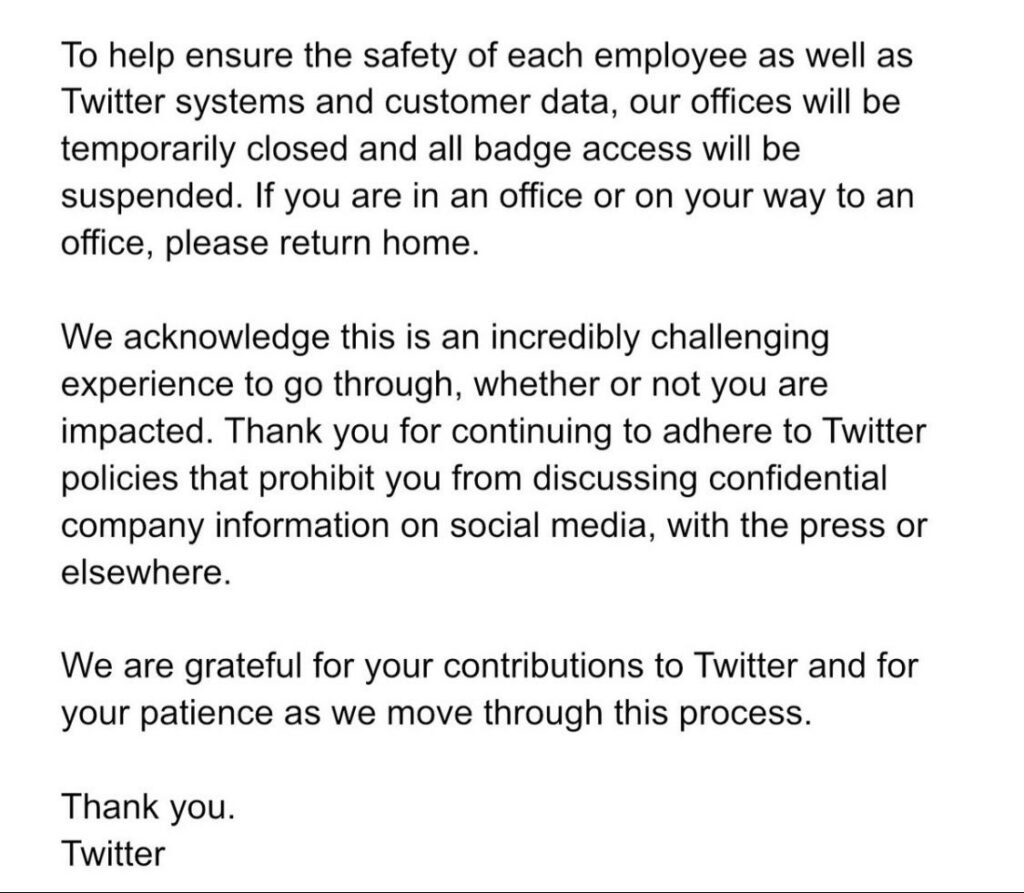 Senior figures of the product teams received directives last week to strive for a 50% headcount cut, said a source with access to the situation. At Tesla, engineers and executives, including Musk, examined the names. The sources assert that layoff lists were created and ranked according to the coding improvements employees made to Twitter while they were employed by the business.

The details of the staff reduction may still alter. Even though Musk and a committee of advisers reviewed different suggestions for employment cuts and other policy changes at Twitter. Two participants stated that one scenario saw the victims of layoffs receiving severance pay equal to 60 days.

Since before Musk took control and fired a sizable portion of the senior management team, including CEO Parag Agrawal. Twitter employees have been planning for layoffs. More executives left in the days that followed, such as the vice president of global client solutions Jean-Philippe Maheu. The chief customer officer Sarah Personette, and the chief marketing officer Leslie Berland.