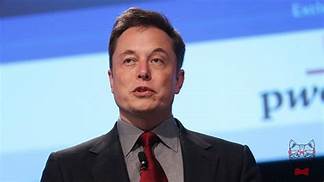 TNI Bureau: Twitter CEO Elon Musk has warned users of the social media platform that their accounts will be permanently suspended if they impersonated others without specifying “parody”. He stated that there will no longer be a warning from Twitter prior to account suspensions.

Numerous accounts that insulted the billionaire by changing their names to Elon Musk have already been suspended or hidden behind a warning message.

Late last month, Twitter’s new billionaire owner acquired control of the business. At the end of last week, he laid off around half of the company’s workforce.

He has also confirmed plans to allow users to buy blue-tick, verified status.

Detailing the new policy on parody accounts, Mr Musk tweeted: “Previously, we issued a warning before suspension, but now that we are rolling out widespread verification, there will be no warning.” He added that “any name change at all will cause temporary loss of verified checkmark”.

Several accounts, including that of US comedian Kathy Griffin and former NFL player Chris Kluwe, that had altered their names to reflect the new Twitter owner have been suspended or put behind a warning message.

Other accounts, like the one that comedian Tim Heidecker used to mock former US President Donald Trump, have not yet been suspended.

In the past, Musk declared his opposition to Twitter prohibitions that are indefinite, including the ban of Mr. Trump’s official account. Last week, Elon Musk indicated that unless there was “a clear method for doing so,” banned accounts would not be allowed to be reactivated. He clarified that an account that tracked his private plane was not being banned.

According to a Sunday New York Times article, Twitter will not begin rolling out verification checkmarks to users of its new service until after Tuesday’s US midterm elections. The social networking platform’s website app started offering an update over the weekend that will cost $8 (£7) per month for its blue, verified checkmark.

The billionaire said on Friday that Twitter was losing more than $4 million every day and insisted that this left him with “no choice” but to fire around half of the 7,500-person workforce.