The incident triggered communal tensions in the state on Thursday. 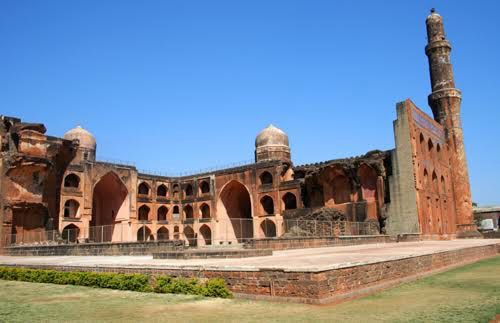 Share
TNI Bureau: So far four people have been arrested by police after a mob participating in a Dussehra procession allegedly broke into a heritage madrasa in Bidar district of Karnataka. The incident triggered communal tensions in the state on Thursday.

Following the incident, people from the minority community gathered around the monument and started demanding action against the ‘miscreants’.
Related Posts

Later, police swung into action and booked a case against nine people of which four have already been arrested under various sections of IPC.
Notably, the madrasa is a Archeological Survey of India (ASI) monument.
BidarCommunal tensionKarnataka
Share FacebookTwitterWhatsApp