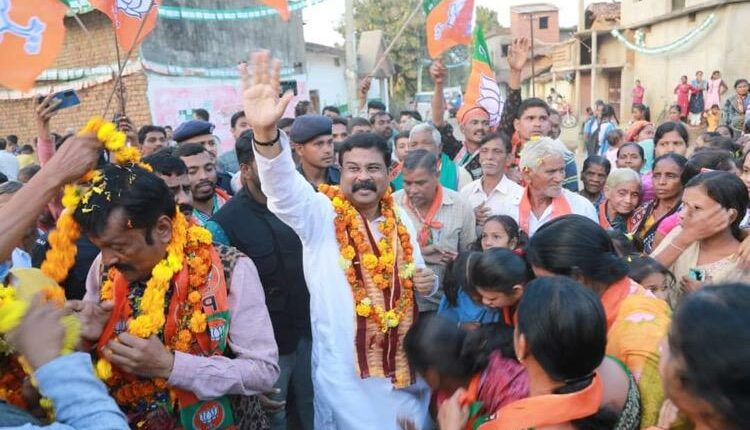 TNI Bureau: The ‘Battle of Padampur’ has taken an interesting turn with Union Education Minister Dharmendra Pradhan lashing out at the Odisha Government in an unsparing manner. Dharmendra launched his high voltage campaign in Padampur with the public meeting at Mandoshil GP in Paikamal Block.

On the issue of crime against women, Dharmendra came down heavily on CM Naveen Patnaik. “You are in charge of Home Ministry. Since the crime against women has gone up in the state, you need to answer what kind of women empowerment is it? Is the example of ‘Mission Shakti’ where mothers and daughters of Odisha are being subjected to atrocities,” he asked. 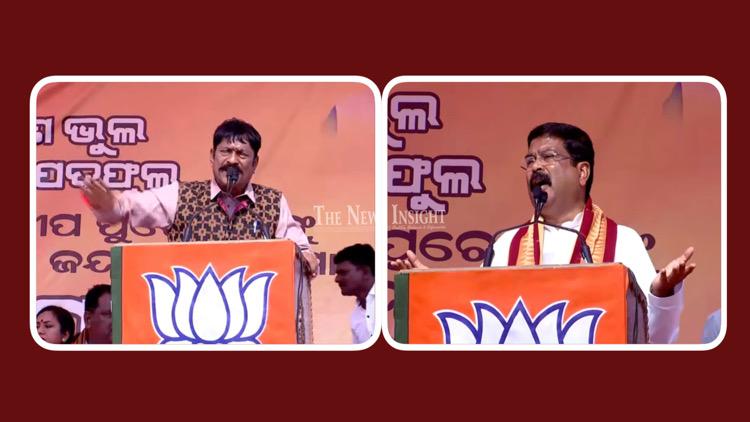 “The CM takes responsibility of all constituencies whenever he campaigns in a bypoll. But, in a reply to Dhamnagar MLA Suryabanshi Suraj in the assembly, his own Minister had no answers to any developmental work in any of the constituencies where the CM had taken the responsibility. The Minister said that they are still collecting the information. What’s the promise and what’s the delivery system,” he asked.

On the issue of farmers, Dharmendra claimed that Rs 360 crores have been given by the central Government under Rashtriya Krishi Vikas Yojana to the drought-prone areas of Odisha in 2017-18 out of which only 174 crores has been spent by the State Govt.

“Center is giving money for mandi, where is it going? This year the MSP of paddy has been fixed at Rs 2040 but paddy is being sold at Rs 1200 to 1300 per quintal in Odisha. Who will answer?,” he asked.

Dharmendra Pradhan continues to rake up the farmers’ issue, saying Odisha Govt is looting the farmers in collusion with millers. They had promised to provide Rs 100 bonus to farmers. How much fund have been allocated so far?

“It is unfortunate that there is no provision of irrigation, piped drinking water in Bargarh and Mandoshil area. Entire Padampur region has been neglected. Youths are going out of the state in quest of job. Dadan issues are on the rise. BJP is the only option for the people. Kuna (Pradip) Purohit should be blessed to take up their case in Odisha Assembly,” he added.

“There has been an attempt to block Kuna Purohit from entering the Odisha Assembly. But, people of Padampur will give a fitting reply to all conspirators,” said Dharmendra.

Dharmendra also took a dig at Health Minister Naba Das saying he is moving around with his money bags. “He sank the JB empire and now will do the same to Naveen Patnaik government,” he said.

Dharmendra later held a series of meetings and road shows across Paikamal block, which is the prime focus of BJP now.