List of Prominent Education (HRD) Ministers of India. Read inside the Article. 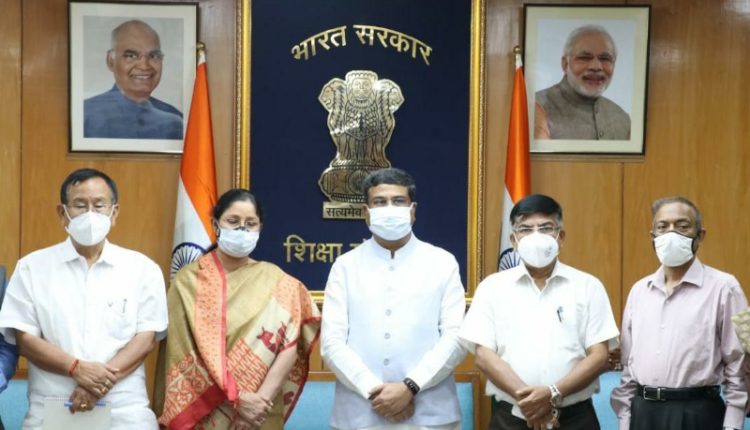 “Guided by PM @narendramodi’s vision, we are committed to work with a forward-thinking attitude in inculcating a culture of innovation, encouraging research, entrepreneurship, incubation centres and developing futuristic solutions in higher education for an Aatmanirbhar Bharat,” he tweeted.

He also took charge of another Ministry – Skill Development & Entrepreneurship.

“It is a matter of immense pride that PM @narendramodi has entrusted me and the new team with the important responsibility of working on the education, skill development & entrepreneurship landscape as well as on encouraging research & innovation for India’s unhindered progress,” tweeted Dharmendra.

“With the introduction of #NEP, the Indian education system has taken a giant leap in fostering an environment for a future-ready 21st century India. We are committed to make students and youth the primary stakeholders in propelling India towards an equitable knowledge society”, he added.

“I am confident that under the guidance of PM Shri @narendramodi and the support of our academic institutions, we will continue to set new benchmarks in integrating education with employment & making it more inclusive, holistic, multi-disciplinary and at par with global standards”, tweeted Dharmendra.

Some Prominent Education (HRD) Ministers of India in the Past: