Struck by the Morbi bridge collapse tragedy in Gujarat, the Cuttack district administration has cancelled Dhabaleswar Yatra this year. 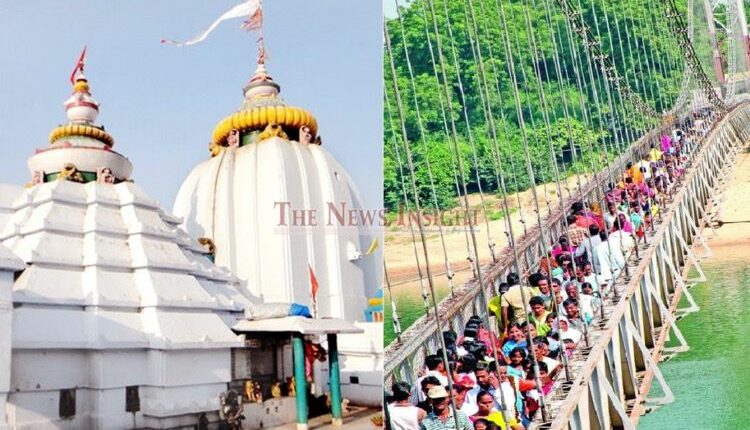 The district administration has imposed prohibitory orders under Section 144 CrPc at the famous Dhabaleswar shrine for the repair work of hanging bridge ahead of the famous “Bada Osha and Kartik Purnima, informed the Khordha SP Sidharth Kataria who is incharge of Cuttack SP.

The administration has also banned the entry of the devotees to the shrine and has closed the 245-meter-long suspension bridge that connects the temple to the river Mahanadi, which was built in 2006. The Shaiva pitha is located on an island of Mahanadi river in Athagarh.

According to sources, cracks were recently found on the suspension bridge and a technical fault was discovered on Monday, that forced the authority to close the bridge for tourists and devotees.

It is pertinent to mention here that thousands of devotees flock to the Dhabaleswar Shiva pitha during the “Bada Osha” and the holy month of Kartika, particularly during the last five days of Kartika.

Normally, devotees arrived at the temple by boat across the Mahanadi River and by road, which is linked by a suspension bridge that can accommodate up to 200 visitors at a time.

The district administration’s decision to prohibit devotees from visiting the Dhabaleswar temple by boat or via the suspension bridge has caused concern among devotees who had planned to see Baba Dhabaleswar during the Panchuka festival (the last five days of holy Kartik month).

Locals have urged the district administration to take all necessary precautions and steps before allowing devotees to visit the Dhabaleswar temple.