Jhajaria was the first para-athlete to be awarded the Padma Shri (2017) for his achievements. 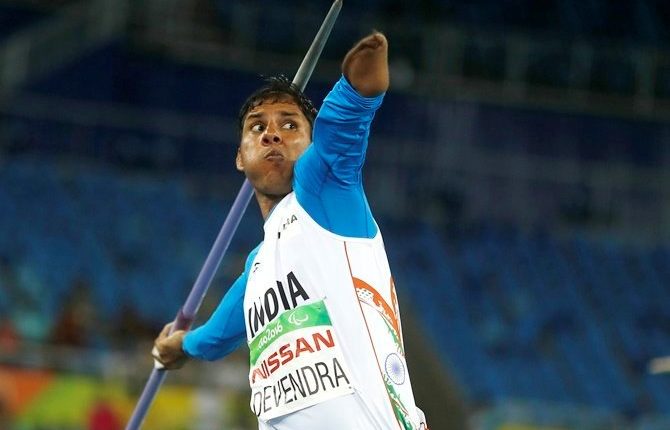 Insight Bureau:  While Neeraj Chopra scripted history after winning Gold at the 2020 Tokyo Olympics, Devendra Jhajaria, India’s other star javelin thrower, is practising hard in the final weeks before the 2020 Tokyo Paralympics. The Paralympic Games in Tokyo are set to begin on August 24.

Jhajaria, 40, is aiming for his third gold medal. He was the one who made India proud by being the first Indian to win a gold medal in the F-46 javelin throw event at the 2004 Paralympics in Athens, and then repeating the feat at the 2016 Rio Paralympics.

Jhajaria was born in Churu, Rajasthan, and had a difficult childhood due to an accident that required doctors to amputate his arm. He was 9 years old at the time, and the incident involved a live electric cable. Although there were financial difficulties at home, a young and motivated Jhajaria’s initial attempt at training with a javelin saw him utilise a bamboo javelin produced locally.

Even in the face of scorn and sympathetic condemnation from friends and locals, he never gave up. His parents also provided him with a lot of support. Jhajaria, who comes from a farming family, was discovered by Dronacharya Awardee Coach Ripudaman Singh while competing in a school sports day.

Jhajaria, made his international debut in Busan, South Korea, in 2002. Jhajharia, India’s finest paralympian, threw his javelin 65.71 metres during national trials in New Delhi in July this year, breaking his own world record of 63.97 metres set at the 2016 Rio Olympics. Jhajharia qualified for the Tokyo Paralympics with the throw.