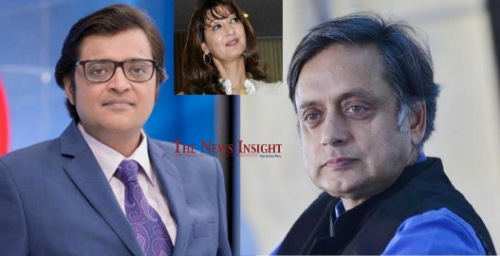 The Court directed Arnab to exercise restraint and “bring down the rhetoric” till the plea moved by Shashi Tharoor seeking injunction against the allegedly defamatory broadcasting on Sunanda Pushkar is disposed off.

“The media should refrain from running a parallel trial or holding someone guilty or making any unsubstantiated claims,” ruled the High Court Bench.

The court made some strong observations while questioning the intent of Arnab Goswami:

👉 When the charge-sheet calls it a case of abetment to suicide, why are you still calling it a murder?

👉 Were you present at the spot? Are you an eye-witness?

👉 You must understand and respect the sanctity of criminal investigation.

👉 Just because there is a bite mark, it can’t be called a murder.

👉 Do you even know what constituted murder? You need to first understand what murder is before claiming that a murder took place.

When Arnab Goswami’s counsel Malvika Trivedi argued that they have credible evidence from an AIIMS Doctor, pointing towards Sunanda Pushakr’s death, the court stopped her saying “you are not authorised to collect evidence. You have no access to that. The media can’t act as an appellate authority. The law prohibits media trial”.

Status Quo at Kangana’s Office; Next Hearing on Sept 22