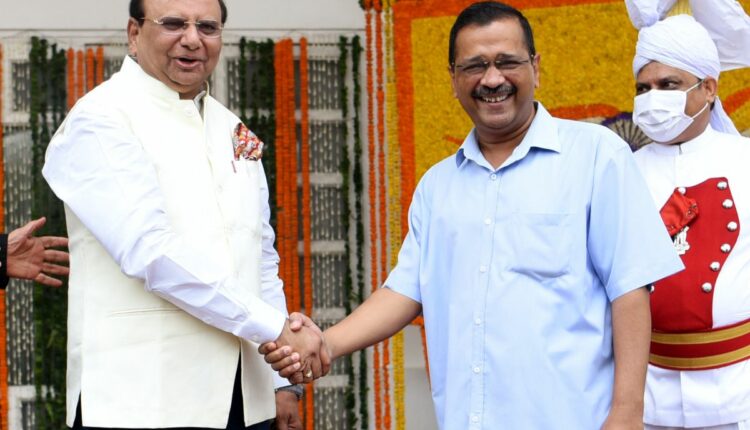 TNI Bureau: The Delhi High Court on Tuesday barred the Aam Aadmi Party and several of its leaders from making “false” allegations against Lieutenant Governor Vinay Kumar Saxena and ordered them to remove allegedly libellous posts, videos, and tweets about him from social media.

Saxena has demanded an injunction against AAP, its leaders Atishi Singh, Saurabh Bharadwaj, Durgesh Pathak, Sanjay Singh, and Jasmine Shah, who was appointed as vice chairperson of the Dialogue and Development Commission by the government of the NCT of Delhi, to delete or remove the allegedly false and libellous posts, tweets, or videos circulated and issued on social media against him and his family.

He has also sought Rs 2.5 crore in damages and compensation, as well as interest, from the political party and its five leaders. The AAP leaders claimed that while serving as chairman of the Khadi and Village Industries Commission in November 2016, Saxena received and channelled demonetized currency (KVIC). The party claimed Saxena was involved in a Rs 1,400 crore fraud. Earlier, Saxena’s counsel had urged the high court to direct Twitter and YouTube (Google Inc) to take down or remove the tweets, re-tweets, posts, videos, captions, taglines along with pictures of the plaintiff (Saxena) and his family members on their respective platforms.