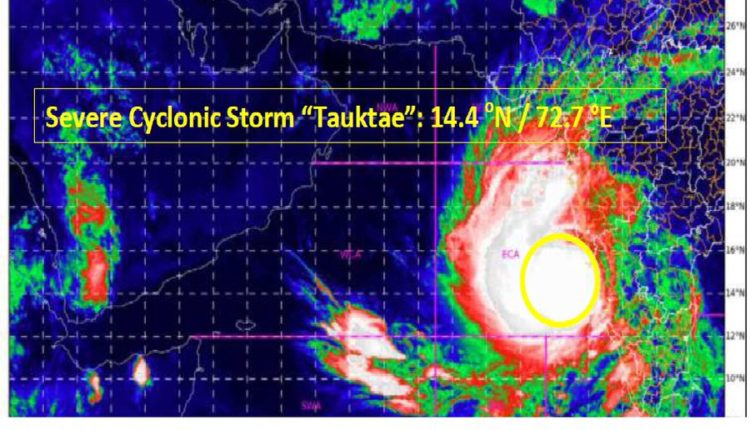 It’s located at about 150 km southwest of Panjim-Goa, 490 km south of Mumbai, 730 km SSWest of Veraval (Gujarat). It may cross Gujarat coast between Porbandar & Mahuva (Bhavnagar district) around 18th May early morning.

It is likely to intensify further into a Very Severe Cyclonic Storm during next 12 hours. Then it will move north-northwestwards and reach Gujarat coast in the morning of May 18, IMD said.

The IMD has predicted that the entire western coast of India will experience intense rainfall activity and onshore winds over the next 3-4 days. The wind speed may reach up to 175 km ph around May 18 afternoon or evening during its landfall over Gujarat between Porbandar and Naliya.

On the other hand, PM Narendra Modi, on Saturday reviewed preparedness on cyclone Tauktae and asked officials to take all measures to ensure people are safely evacuated.

Odisha CM launches ‘Ashirbad’ Yojana for Children who lost their…