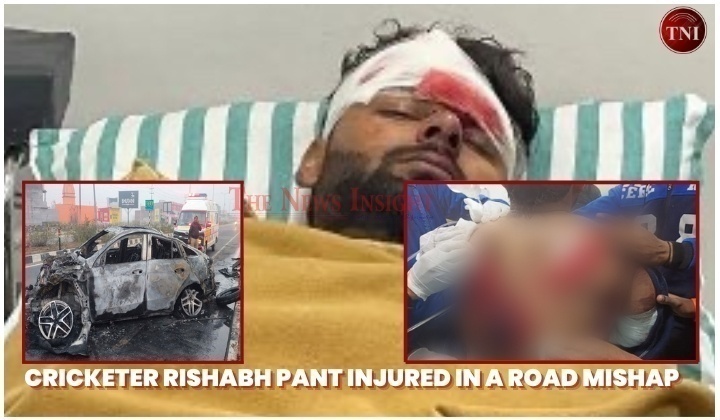 India’s ace wicketkeeper, Rishabh Pant, earlier in the day met with an accident while driving back from Delhi, Near Hammadpur Jhal on the Roorkee-Narsan border.

Doctors confirmed that Pant had a broken leg as well as a forehead injury. Dehat Swapna Kishore Singh, the superintendent of police, arrived at the location after receiving the information.

As of right now, according to Dr. Sushil Nagar, chairman of Saksham Hospital, Rishabh Pant’s condition is stable. If sources are to be believed, Rishab is likely to be shifted to Delhi for further medication and surgeries. According to early reports, Pant was driving his BMW, accompanied by three other fellow passengers.

Witnesses said that Rishabh’s car hit the railing and caught fire. The fire was only just put out after much struggle. At the same time, Rishabh Pant was rushed to Saksham Hospital on Delhi Road after suffering serious injuries in the collision.