Kakatpur MLA and Odisha Minister Tusharkanti Behera has maintained a stoic silence on this issue despite being tagged in the tweet. 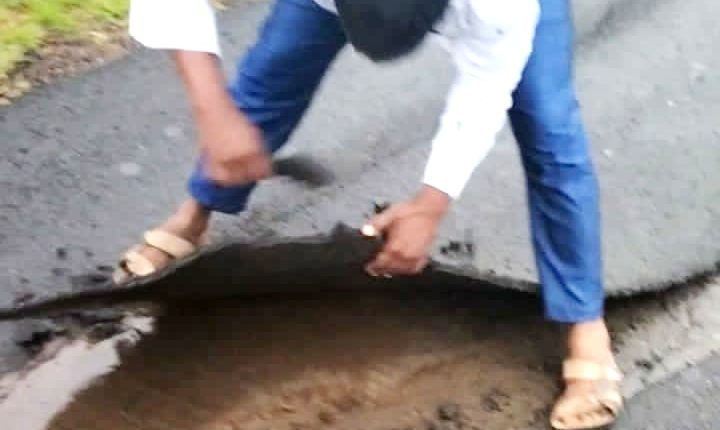 TNI Bureau: A social media post by Sanjib Baliarsingh has taken the sphere by storm.

A newly constructed road that was reportedly built at Rs 63 crore only two weeks ago, has caved in.

The bitumen layers used to cover the road, has been removed, as seen in the photos posted on Twitter.

The road connects the Maa Mangala Temple in Kakatpur to Somnathpur Chhak which leads to Capital City Bhubaneswar.

Puri Collector Samarth Verma has responded to the tweet, but not yet clarified whether any action has been taken on this matter.

Kakatpur MLA and Odisha Minister Tusharkanti Behera has maintained a stoic silence on this issue despite being tagged in the tweet. Social Media users have condemned his silence and asked CM Naveen Patnaik and Organisational Secretary Pranab Prakash Das to choose a better person as the MLA who can work for the people.