During the yatra, a large number of people were seen gathering. 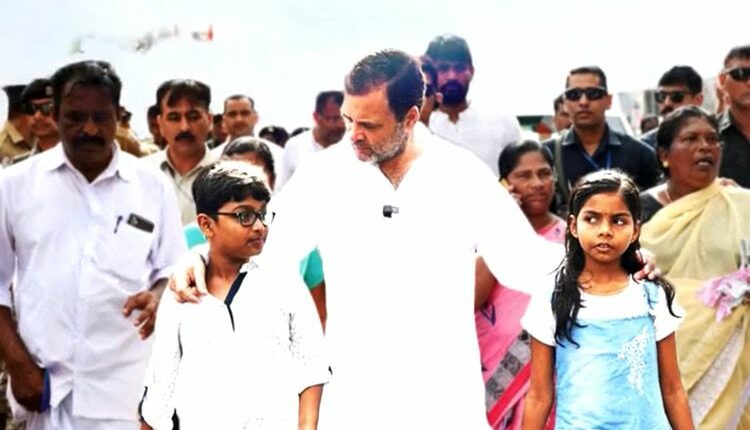 TNI Bureau: Congress MP Rahul Gandhi has started the seventh day of the party’s Bharat Jodo Yatra from Kanyapuram in Thiruvananthapuram today. During the yatra, a large number of people were seen gathering.

Many pictures of this padyatra have also come to the fore. Apart from his leaders, Rahul is seen walking with the common people as well. The ‘yatris’ have been asked to live in a simple manner.

The Bharat Jodo Yatra had reached Kerala on Saturday. This yatra will reach Karnataka on October 1 through seven districts of the state in 19 days. There are about 120 Bharat yatris, who will travel three and a half thousand kilometers from Kanyakumari to Kashmir.

Along with this, 100 yatris of that state through which the journey is passing will travel along. In such a situation, with entering Kerala, 100 state yatris from Tamil Nadu have been replaced by state yatris from Kerala.

Rahul Gandhi is going to sleep in a container for the next 150 days. Sleeping beds, toilets and air-conditioners have also been installed in some of the containers. There will be differences in temperature and atmosphere in many areas during the journey.

With the change of location, arrangements have been made in view of the scorching heat and humidity. About 60 such containers have been prepared where a village has been established. The container will be installed daily at a new place in the shape of a village for the night’s rest.

Yatris staying with Rahul Gandhi will have a meal together. Sources further said that Rahul Gandhi considers the Bharat Jodo Yatra as a way to connect with the common people. So he wants to complete this entire journey in a simple way away from the glitz and glamour. Rahul Gandhi calls it a yatra but political analysts consider it a preparation or agenda for 2024.

During this journey, Rahul is going to cover a distance of 3,570 km through 12 states and 2 UTs. This journey will continue for five months.

Congress says that Rahul Gandhi is doing this rally as a fight of economic disparities, social polarization, problems of political centralization and ideologies.