Notably, the meeting was attended by both BJP and Congress leaders. 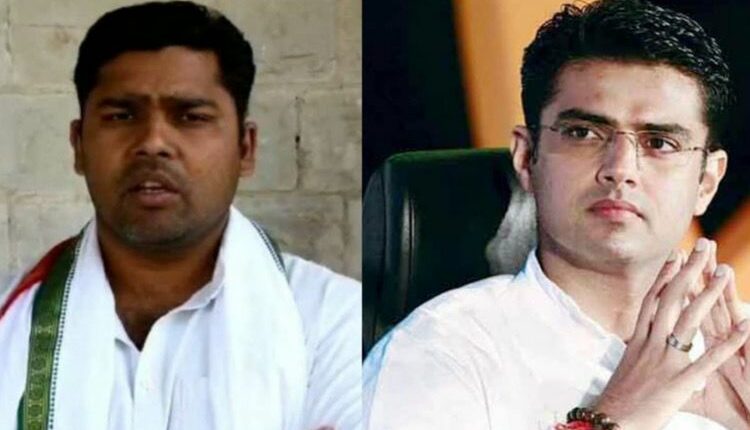 TNI Bureau: Rajasthan sports minister Ashok Chandna slammed former deputy chief minister Sachin Pilot after shoes were allegedly hurled at him by the latter’s backers at a mass meeting. Notably, the meeting was attended by both BJP and Congress leaders.

The minister tweeted saying, “If Sachin Pilot becomes the chief minister by throwing a shoe at me, then he should be made soon because today I do not feel like fighting. The day I come to fight, then only one will be left and I do not want this”.

It’s reportedly said the shoe hurling incident took place during an event that was organised to mark the immersion of the ashes of Colonel Kirori Singh Bainsla, a Gurjar leader who commanded several agitations in Rajasthan for reservation in government jobs and educational institutions.

Among those present in the meeting were BJP MP and Lok Sabha Speaker Om Birla, BJP state president Satish Poonia, Congress MLA minister Shakuntala Rawatand sports minister Ashok Chandna. Pilot, who also belongs to the Gurjar community, was not there.

As soon as Congress leaders got on the stand, Pilot’s backers in the crowd, upset over the former deputy chief minister allegedly not being invited to the programme, started blatting and raising’ Sachin Pilot Zindabad’ taglines.

Some of them indeed hurled shoes towards the stage. The shoes did not make contact with anyone as they fell suddenly of the stand. Police had to be called in to control the situation.

“Today a wonderful sight was seen- When Rajendra Rathod, (then cabinet member) who ordered the killing of 72 persons came on the stage, was applauded and shoes were thrown at those whose family members went to jail during the ‘Gurjar reservation’ agitation”, Chandana tweeted.

“The family members of the martyrs were sitting on the platform on which the shoes were thrown, at least they should have been taken care of,” he said in another tweet.