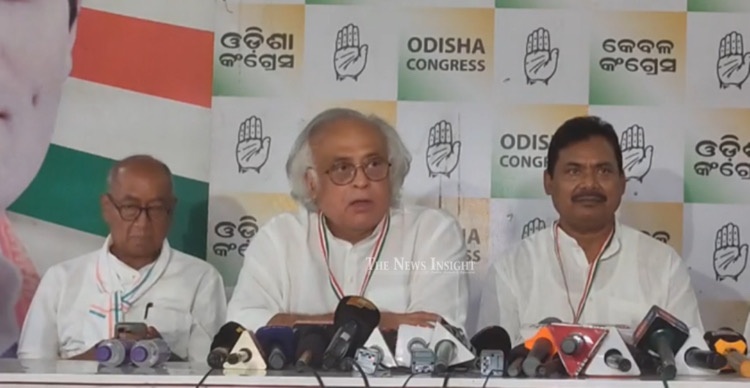 TNI Bureau: The Congress Party, which is seeking revival in Odisha after being pushed to a dismal No. 3 in the recent years, has decided to launch ‘Bharat Jodo Yatra’ in the State from October 31, 2022, the day when late PM Indira Gandhi was assassinated.

It was announced by Senior leader Jairam Ramesh who arrived in Bhubaneswar last night along with another senior leader Digvijaya Singh, and PCC President Sarat Pattanayak.

Ramesh lashed out at both BJD and BJP and termed them two sides of the same coin. “Odisha CM Naveen Patnaik is acting as per the instructions of PM Narendra Modi”, he alleged.

“We will target both parties during the Padayatra in the state,” he added.

Both Jairam Ramesh and Digvijaya Singh explained why ‘Bharat Jodo’ yatra is very important for the people of India, including those in Odisha. The division, differences, hatred and discrimination are at their peak today. The Congress has stepped in to save the country and end undeclared emergency and dictatorship in India, they said. Congress wants to ensure peace and harmony, not hatred and violence, they added.