The idea behind the meet is to showcase the diverse business-friendly ecosystem of Odisha to potential investors who could invest in the state. 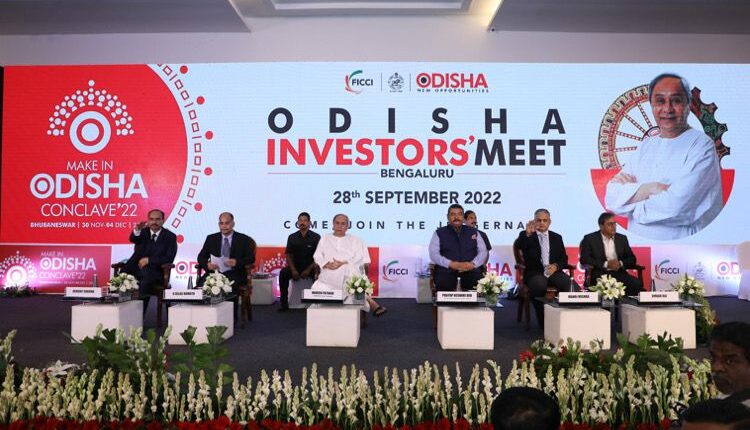 TNI Bureau: Odisha Government hosted the Odisha Investors’ Meet in Bengaluru on Wednesday, September 28. The idea behind the meet is to showcase the diverse business-friendly ecosystem of Odisha to potential investors who could invest in the state.

A senior government delegation led by Naveen Patnaik, chief minister of Odisha, reached Bengaluru Tuesday to participate in the event. Multiple one-to-one meetings with potential investors across sectors like food-processing, aerospace and defence, healthcare etc. to discuss the possibilities of investing in Odisha and to cater to the ever-growing need of newer products and services in Eastern and North-East India. The investors were assured of best-in-class investment facilitation in Odisha.

We're all set for the Investors' Roadshow at the Odisha Investors' Summit. Delegates will be getting in-depth insights into the #industrial, #startup, #IT and #electronics ecosystems of #Odisha through engaging addresses and a concluding speech by the Hon'ble CM Naveen Patnaik. pic.twitter.com/pUDFumtu3r

Speaking at the event, Patnaik said, “Odisha is one of the fastest growing economies in India and has consistently grown above the national average in the last decade and a half. We are fast emerging as a major industrial destination in India because of our natural resource advantage and strategic location.”

He added, “Odisha’s abundant natural resources, skilled and productive human resources, progressive policies and strong result-oriented governance provide a unique ecosystem. Today, Odisha is ranked among the top states in India in terms of live manufacturing investments and has been accorded the achievers status in the recently released ease of doing business ratings by the Government of India. The Make in Odisha Conclave ’22 (to be held in November and December) with Business Leadership Talks, Sectoral Sessions, Start-up Session, and Women Entrepreneurship Sessions, along with Cultural Programs offers an array of action spread over 5 days for investors and the public.” 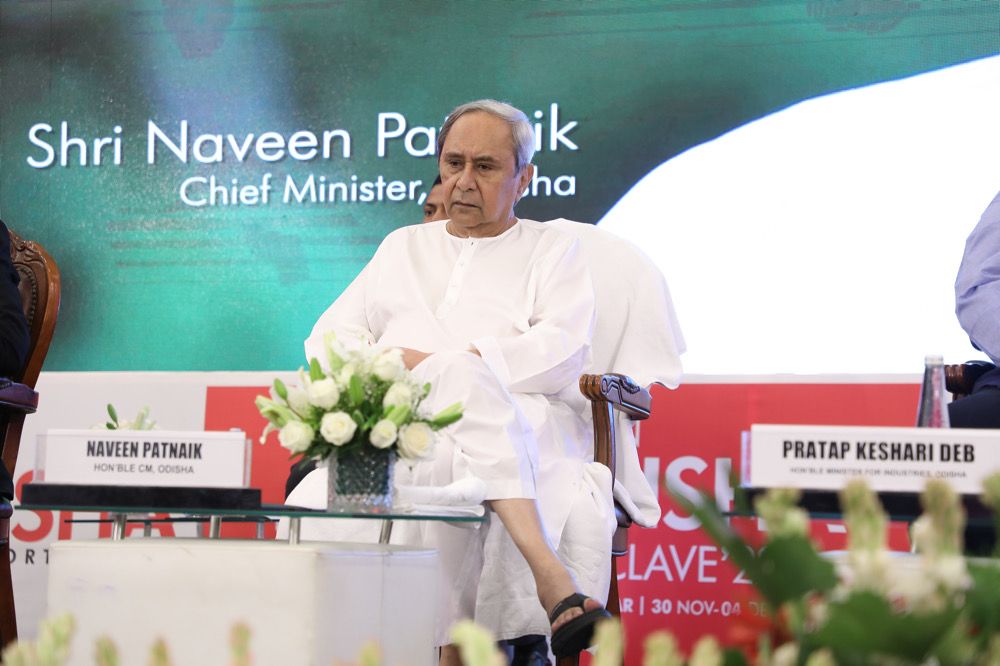 Speaking on start-ups, he spoke about the establishment of O-Hub and Odisha Innovation Fund. “We have established Odisha Start-up Hub (O-Hub) in Bhubaneswar to provide a world-class incubation and co-working facility to state-based startups. We have also set up the Odisha Youth Innovation Fund to support grassroots innovations, which are essentially technological solutions and the development of successful business models by youths in different sectors.”

“As we enter into a new era of industrialisation propelled by advancements in technology and a philosophy of sustainability, we require a collaborative effort between the government, industry and people to ensure consistent growth”, he added.

Addressing the august gathering Pratap Keshari Deb stressed that “Under the Hon’ble CM, the state government has taken a Whole-of-Government approach toward service delivery to citizens and businesses. We are today becoming a destination of choice for investors across the country. I would like to welcome all the Industry Captains, associations and their members present here to come and explore Odisha as your next investment destination.”

Manoj Mishra, Secretary, Electronics & IT Department, Government of Odisha spoke about the emerging IT/ITeS ecosystem in the state. He also highlighted the growth-focused and future-oriented IT Policy, Data Centre Policy, BPO Policy, and Electronics Policy brought in by the Government of Odisha to further strengthen the ESDM and IT/ITeS sector and attract new investments into the state.

Hemant Sharma, Principal Secretary, Industries Department, Skill Development & Technical Education and Chairman-IDCO and Chairman-IPICOL, Government of Odisha, made a presentation about the industrial ecosystem in Odisha and about the Make in Odisha Conclave’-22 to the audience.

K Ulas Kamath, Chairman, FICCI Karnataka State Council welcomed the august gathering and initiated the Odisha Investors’ Meet. Shedding light on how Odisha has been one of the major breakout states in the country in terms of development, he said that the state is registering impressive GSDP growth rates year-after-year and industrializing at break-neck speed. Odisha has had an impressive ride soaring even higher with a strong foundation that has been laid under the leadership of the Chief Minister, he added.

Omkar Rai, Executive Chairman, Start-Up Odisha focused on the ever-growing Start-up ecosystem in Odisha. He informed the audience that Odisha has been recognized as a ‘Top Performer’ and a “Leader” by DPIIT, Government of India in States’ Start-up Ranking 2018 & 2019 respectively.”

The CM also mentioned that the markets in Eastern and North-Eastern India were on a faster growth path than other parts of the country and Odisha provides industries with the best facilities to set up units to cater to these markets.