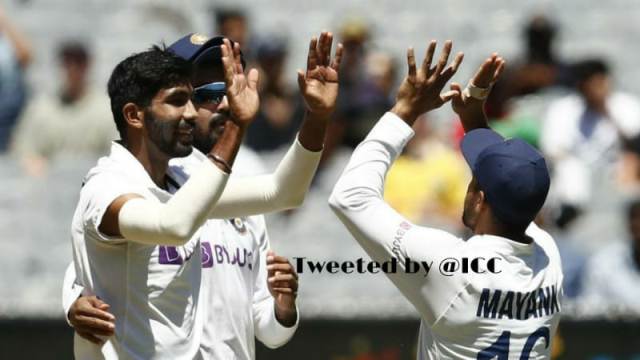 TNI Bureau:  Day 1 of the Boxing Test in Melby belonged to Team India, as bowled Australia out for 195 and then finished at 36/1 at Stumps.

Australia won the toss and elected to bat first. Indian bowlers restricted the Kangaroos to 195. Wade (30), Labuschagne (48), Head (38), Lyon (20) were the top scorers for Australia.