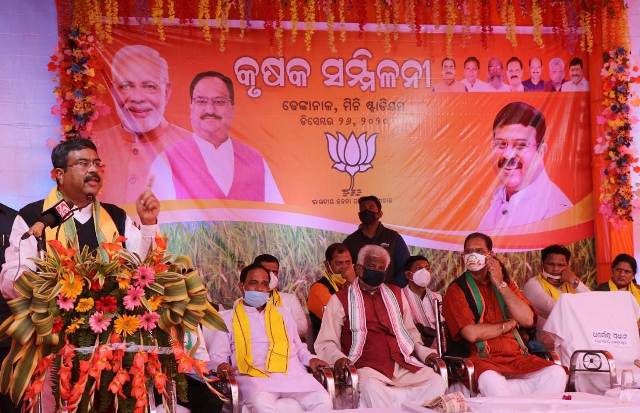 TNI Bureau:  Union Petroleum and Steel Minister Dharmendra Pradhan on Saturday came down heavily on the Odisha’s BJD Government, accusing it of denying benefits of the PM Kisan Samman Nidhi scheme to the State farmers.

While addressing farmers at Krushak Sammilani in Dhenkanal Dharmendra Pradhan said, “During Congress Government in 2013-14, farmers were paid Rs 1,310 for 1 quintal paddy. Narendra Modi Government increased it to Rs 1,815 per quintal. He has directly transferred Rs 53,680 crores into accounts of farmers of Odisha”.

Stating that the Centre has given Rs 60,000 crore to Odisha farmers through different schemes during the last six years, Pradhan raised questions on the fate of Odisha Government’s own farmers scheme “KALIA”. 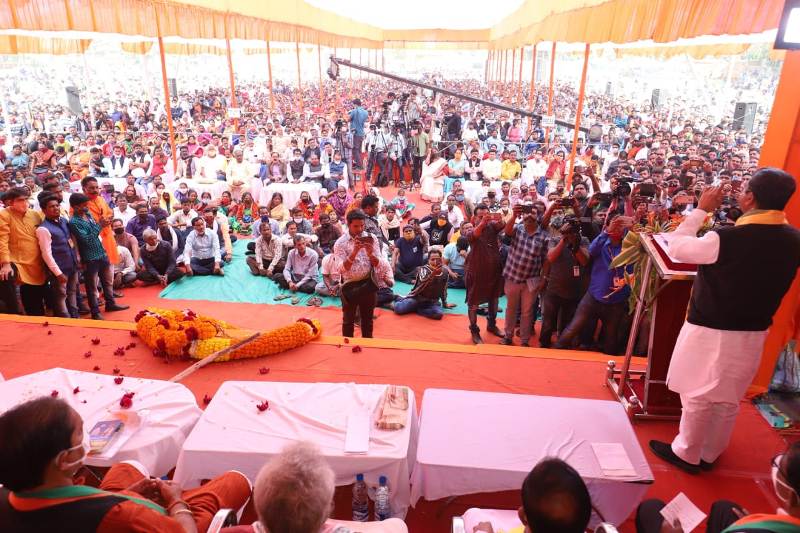 Modi Government has been providing subsidized LPG under Pradhan Mantri Ujjawala Yojana to empower women and making toilets in rural areas under Swachh Bharat to respect their dignity, Pradhan said.

More than 77 lakh toilets have been built in Odisha alone. More than 47 lakh LPG cylinders were given free of cost in the State during the Covid-19 pandemic, he added.