Suvendu Adhikari, the Leader of the Opposition in the West Bengal Assembly, was detained, but released later. 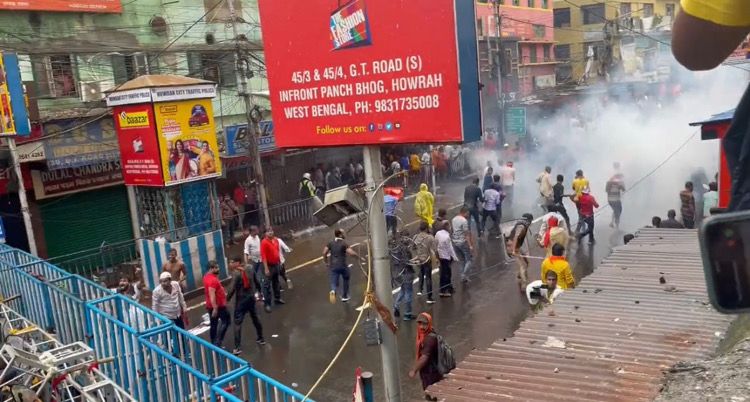 TNI Bureau: The Bharatiya Janata Party’s protest rally in West Bengal quickly turned violent after hundreds of party leaders and workers were targeted by the cops, who used water cannons on the large crowds gathered for the march to the secretariat.

Several BJP workers as well as policemen were injured in the violent clashes.

Suvendu Adhikari, the Leader of the Opposition in the West Bengal Assembly, was detained on Monday while attempting to visit Santragachi during the BJP’s protest march to the state secretariat ‘Nabanna.’ He was later released.

In addition, BJP MP Locket Chatterjee and party leader Rahul Sinha were arrested and taken away in a prison van. They were stopped in front of the police training school, near the secretariat, on the approach to the Second Hooghly Bridge.

Images from the Bhartiya Janata Party’s protest rally showed a crowd of hundreds gathered on the streets, with authorities blocking the roads with heavy barricades. BJP protesters also used water cannons during the Nabanna Abhijan march. 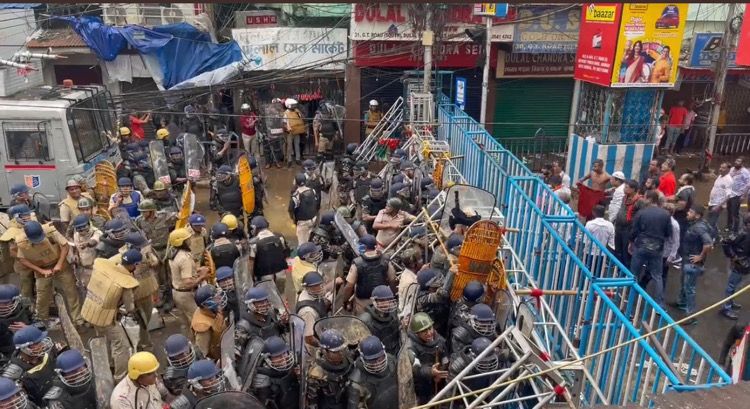 On Tuesday morning, BJP supporters from across West Bengal descended on Kolkata and neighboring Howrah to take part in the saffron party’s ‘Nabanna Abhijan’ (march to the secretariat) to protest the TMC government’s alleged corrupt practices.

The BJP had hired three trains from north Bengal and four trains from south Bengal to transport party members and supporters from across the state to the metropolis and Howrah for the march.

BJP workers, according to IE Bangla, vandalised police kiosks and threw stones and pebbles from the railway track at officers.

As the clashes between police and BJP supporters became more violent, Adhikari tweeted a video of a peaceful protest with the caption, “Glimpses of @WBPolice atrocities.” They are infringing on citizens’ fundamental rights guaranteed by Article 19 of the Indian Constitution: # to assemble peacefully # to move freely throughout India’s territory. People are rebelling on their own.”

How KKR gets ‘Dronacharya’ Chandrakant Pandit