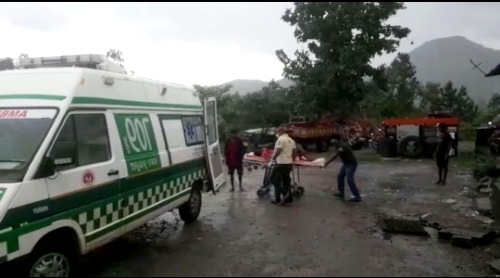 TNI Bureau:  At least 3 people including two women, were killed in a blast at a Stone Quarry in Gunupur area of Rayagada district.

6 other people have sustained critical injuries. The Quarry is located near Okilaguda area in the district.

Injured have been rushed to the hospital. Rescue operation was underway when reports last received.