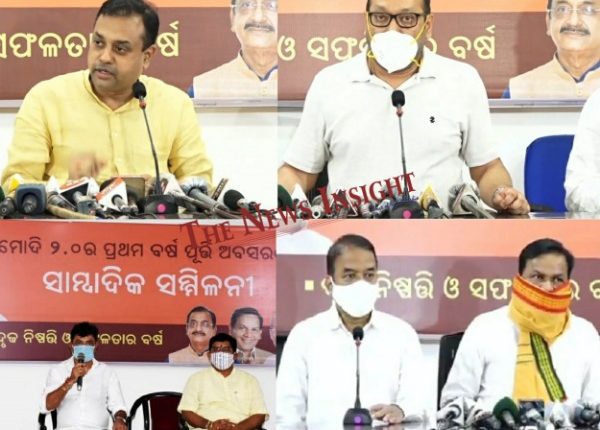 TNI Bureau: After a long silence, the Odisha BJP has started countering the ruling BJD in Odisha on various issues, raising eyebrows in the political circle.

July and August have witnessed much bitterness between both parties, which were earlier accused of developing bonhomie at the Centre.

It all started with BJP’s State Vice President Bhrugu Baxipatra holding press meets and attacking the State Govt over Covid-19 situation in Ganjam District followed by a series of tweets. Bhrugu’s press meets, tweets and media bytes triggered a storm, forcing the Odisha Govt to act while the BJD dismissed it as a “political gimmick”.

Later, the Odisha BJP took up other issues aggressively. Brahmagiri MLA Lalitendu Bidyadhar Mohapatra attacked Puri MP Pinaki Mishra and State Planning Board Deputy Chairperson Sanjay Kumar Dasburma over alleged violation of social distancing norms during I-Day events. Pinaki and Lalitendu had a public spat on this issue with both asking each other to get the eyesight checked.

BJP’s National Spokesperson Dr. Sambit Patra, who has of late adopted a very aggressive posture against the opponents, targeted the State Government over the “sale” of Bagala Dharmashala in Puri. He and other BJP MLAs even staged a dharna and held press briefing to slam the Odisha Government.

The BJP further targeted the Odisha Government over the alleged irregularities in PMAY in Keonjhar District and elsewhere in the State. The BJD hit back saying while Centre is lauding the work of the State Govt, Odisha BJP is playing dirty politics to malign the Government, thus losing its credibility further.

The latest issue that has snowballed into a major controversy, comes from CM Naveen Patnaik’s Constituency Hinjili. The illegal sand mining and police action on the protesters have aggravated the situation. The BJP led by Bhrugu Baxipatra is in no mood to let this opportunity go to corner the State Government.

Other BJP leaders such as Dilip Mohanty, Pradipta Naik, Golak Mohapatra and Lekha Shree Samantsinghar have also adopted an aggressive stand against the Odisha Government on various issues. It looks like a well planned strategy with the consent of the top brass at the Centre.

Interestingly, Union Minister and BJP’s face in Odisha, Dharmendra Pradhan has maintained a stoic silence and refrained from attacking the State Government. Instead, he has been highlighting the good work of Modi Government at the Centre and Odisha’s rich cultural heritage and tourist attractions.

With BJP trying again to play the role of an Opposition and Congress going aggressive on each and every issue, things won’t be easy for the BJD Government in the coming months even through they have overwhelming majority and mandate to rule the State.