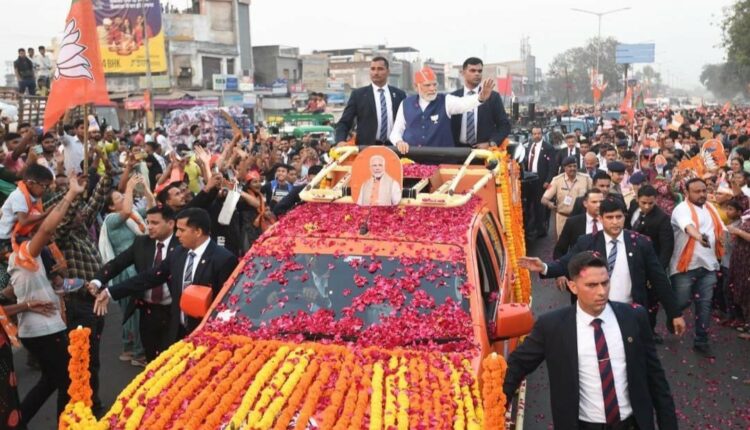 TNI Bureau: The Bharatiya Janata Party (BJP) has swept the assembly polls in Gujarat, by breaking the previous biggest win of Madhav Singh Solanki of 149 seats way back in 1985.

Congress slumped to a new low of 17 seats while the Aam Aadmi Party (AAP), which boasted of winning Gujarat, could manage to win just 5 seats. Samajwadi Party one seat while Independent candidates won 3 seats.

Gujarat CM Bhupendra Patel wins Ghatlodiya seat by 1.9 Lakh Votes – a new record in Gujarat. He polled 80.86% of the total votes. Sunil Kumar Sharma (BJP, Sahibabad) had won by a margin of 2,14,835 votes in March 2022, which is the all-India record.