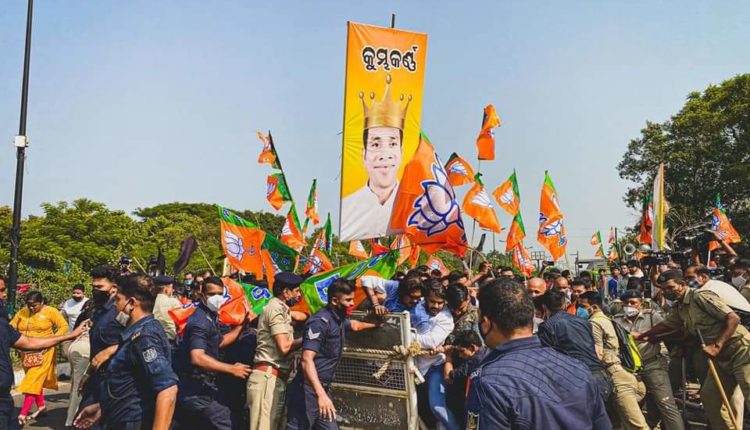 Insight Bureau: Even as CM Naveen Patnaik refused to buckle under pressure and stood firm behind his MoS (Home) Captain Dibya Shankar Mishra while visiting Kalahandi to distribute the BSKY Smart Health Cards, the Bhubaneswar BJP held a massive protests in the Capital City.

Although the BJP karyakartas were prevented from going to Naveen Niwas, they held the rally and burnt the effigies of CM Naveen Patnaik, Home Minister Dibya Shankar Mishra and Law Minister Pratap Jena.

Heavy security deployment was made across the Capital City to prevent any untoward incident before CM’s Kalahandi visit. 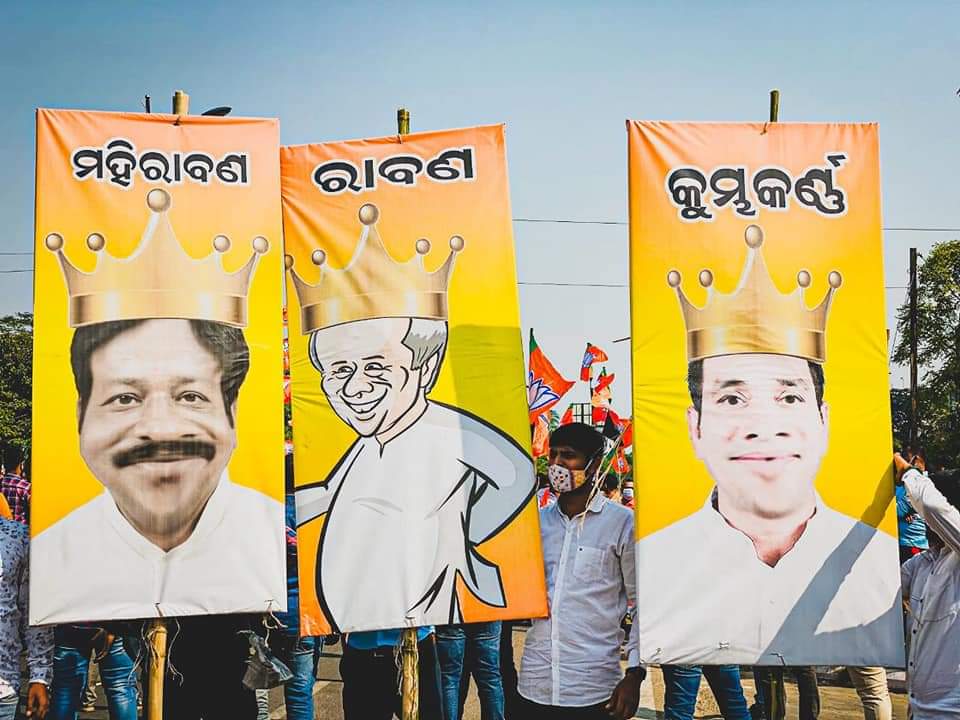 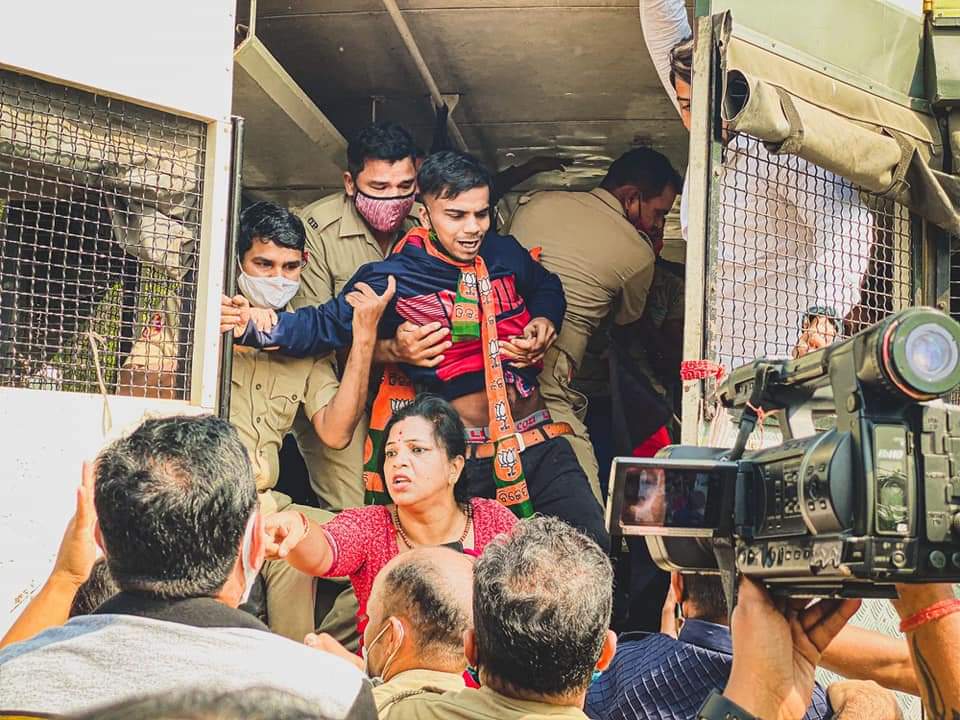 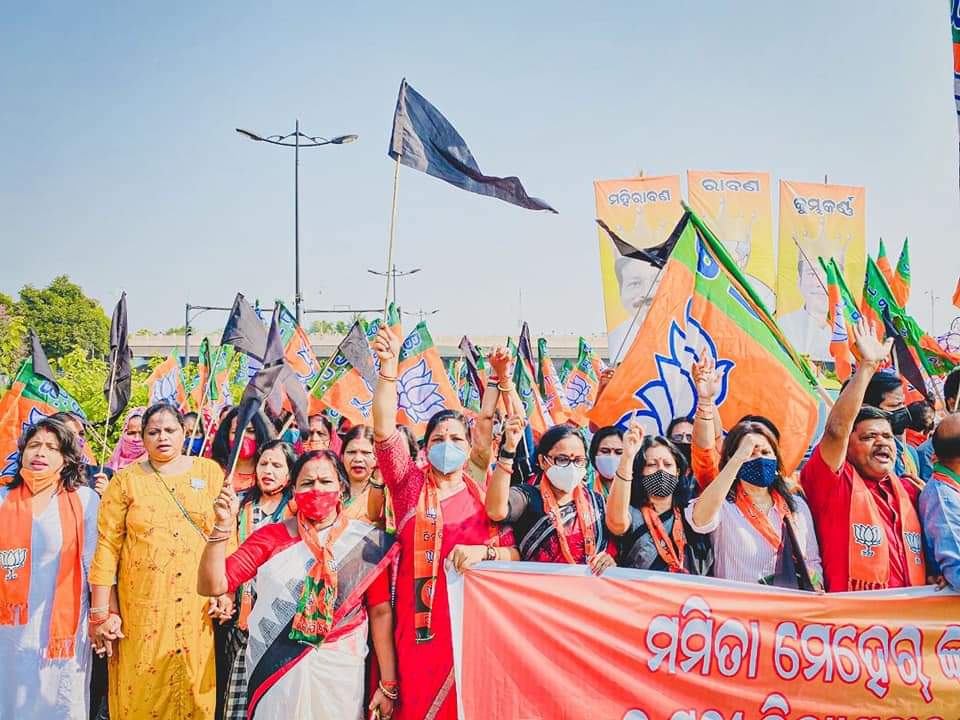 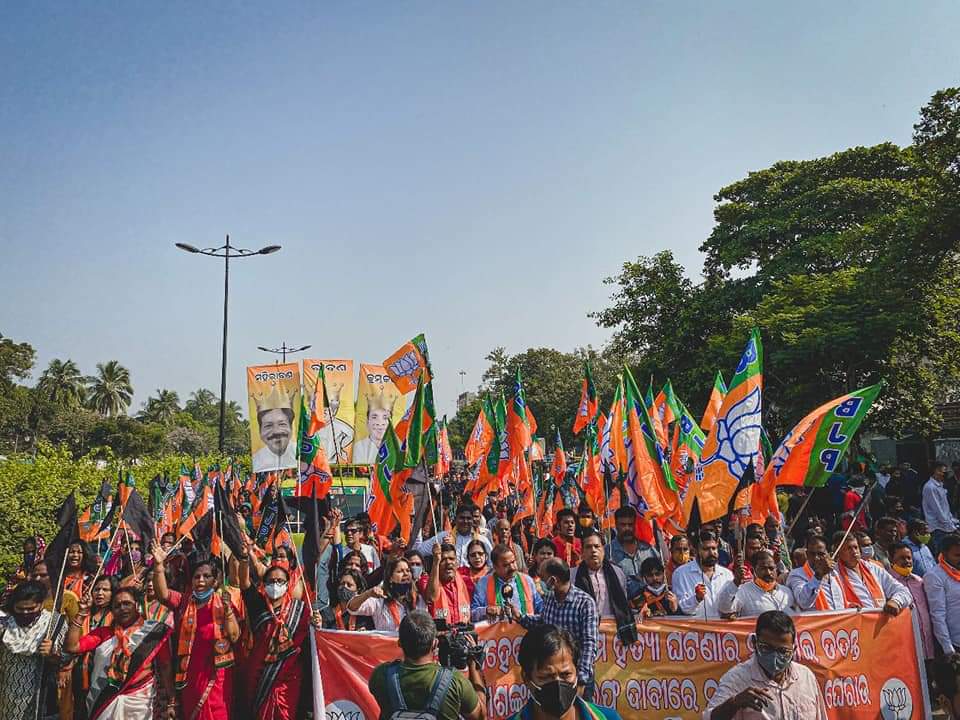