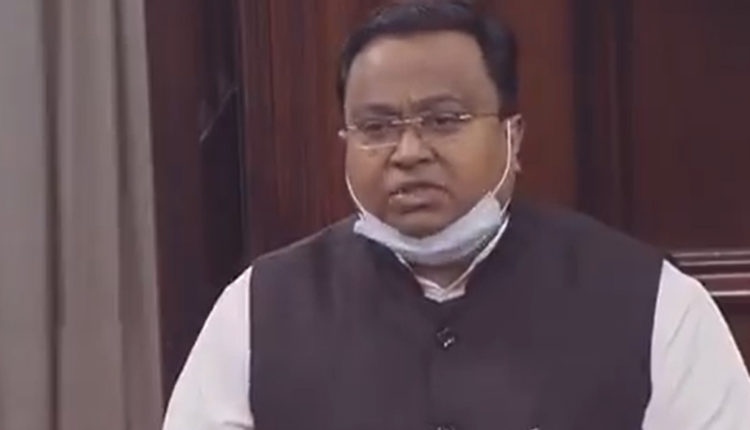 Insight Bureau: BJD MP Dr. Sasmit Patra raised the issue of need for opening of Awaas Plus portal by Centre in Parliament today. He demanded the inclusion of 6 lakh houses of Odisha under PMAY (G).

“The Awaas+ Portal of PMAY(G) has not been opened by Centre despite Hon’ble CM Shri. Naveen Patnaik writing to Hon’ble PM of India on 5th July, 2021,” he said.

Dr. Sasmit Patra demanded that the 6 lakh households belonging to KBK districts, Western & South Odisha and predominantly from Tribal communities be allowed to include their data by ensuring opening of the Awaas+ Portal of PMAY(G) at the earliest.

BJD MP Dr. Sasmit Patra raises the issue of need for opening of Awas Plus Portal by Centre for including 6 lakh houses of #Odisha under PMAY (G). #TheNewsInsight pic.twitter.com/ezxeZIMjQ6