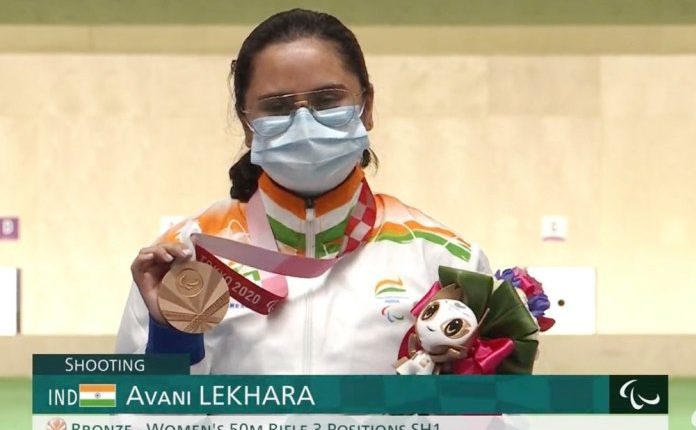 Insight Bureau:   Shooter Avani Lekhara made history as she became the first Indian woman to win multiple Paralympics medals. Avani, who had won a Gold in 10m Air Rifle SH1 event, added a bronze to her kitty in the Women’s 50m Rifle 3P SH1.

Earlier, Praveen Kumar won a Silver medal in Men’s High Jump T64 with an Asian Record of 2.07m jump. India has so far won 12 medals at Tokyo Paralympics. More medals are on the way in Badminton.