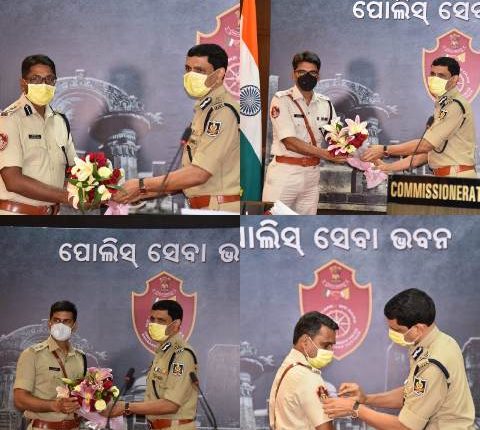 Anup Sahu has been promoted as the DIG, Intelligence while Akhileswar Singh will take charge as the new Puri SP.

IPS Dr. Umashankar Dash has taken charge as the new DCP of Bhubaneswar. He was welcomed by Police Commissioner Dr. Sudhanshu Sarangi. Dr. Dash was the Puri SP.

Similarly, IPS Prateek Singh has taken over as the new DCP, Cuttack. He was serving as Kandhamal SP earlier.