Despite Covid-19 situation, voters turn up in huge numbers to cast their votes. 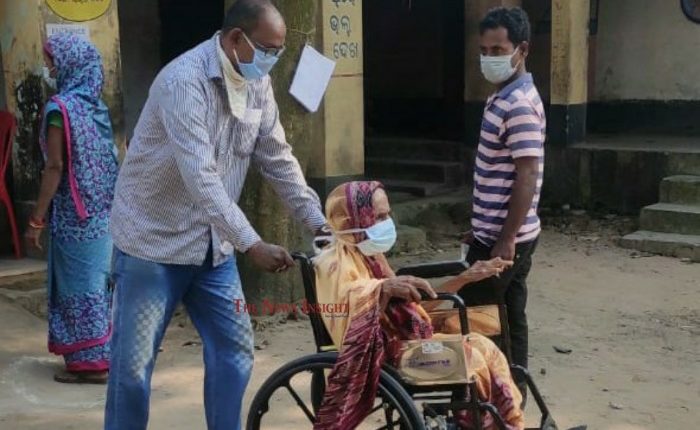 TNI Bureau: Odisha has recorded a voter turnout of 70.45% in the assembly bypolls today. At 6 PM today, Balasore Sadar has recorded 71% polling while 69.9% polling was reported from Tirtol.

The polling percentage may rise further as many people were seen at the polling booth even after 6 PM.

Balasore Sadar had witnessed a voter turnout of 80.83% in 2019 elections. 73% voter turnout was recorded in Tirtol last time. The voter turnout in assembly bypolls was encouraging despite the Coronavirus scare and Covid-19 guidelines.

The main fight is between BJP Candidate Manas Ranaj Dutta and BJD Candidate Swarup Kumar Das in Balasore Sadar. Mamata Kundu of the Congress may not make any impact here. In Tirtol, there is a triangular fight between Bijay Shankar Das (BJD), Rajkishore Behera (BJP) and Himanshu Sekhar Mallick (Congress).