3rd Phase was the Gamechanger in Bihar Elections

Mahagathbandhan was leading at the end of Phase 2 polls, but lost out in 3rd phase polls. 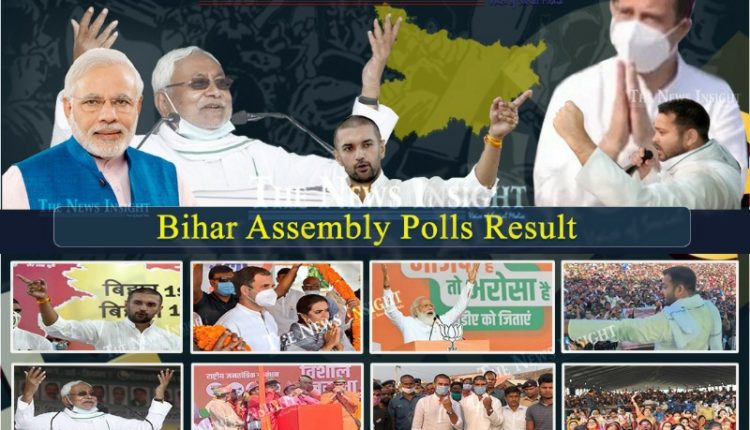 TNI Bureau: In the recently concluded assembly elections in Bihar, the NDA retained power by winning 125 out of 243 seats, while Mahagathbandhan finished at 110. The results stunned the pollsters and exit polls as they all anticipated a big win for RJD-led grand alliance.

The pollsters analysed the first two phases well, but they faltered and were rendered clueless in the third and final phase, which turned out to be the gamechanger in the end.

As per the ECI data, out of the 71 seats that went to polls in the first phase, RJD-led Mahagathbandhan won 47 seats. The NDA could manage just 22 seats, while others won 2 seats. MGB was leading 47-22.

As the battle of Bihar intensified further, BJP started to bounce back, riding high on Modi factor. With more and more women voters giving the saffron party thumbs up, NDA won 51 out of 94 seats, while MGB had to content with 42 seats. Others won 1. At the end of Phase 2, MGB was still leading 89-73.

With PM Narendra Modi and Yogi Adityanath upping the ante and BJP playing the nationalism card heavily, the MGB was almost decimated in the third phase (with high number of Muslim dominated seats). RJD lost even in its stronghold as AIMIM made a big dent in its Muslim vote bank. They hardly expected this to happen. NDA won a massive 52 out of 78 seats, while MGB managed to get just 21. Others (AIMIM) won 5 seats. The Left, especially CPI (M-L) saved MGB from further embarrassment.

Legacy of Seemanchal’s biggest political leader Late Mohammed Taslimudin, witnessed a bitter fight, when both his sons fought against each other. The younger brother Shahnawaz Alam (AIMIM) defeated elder brother Sarfaraz Alam (RJD) in Jokihat seat. AIMIM contested in 20 seats, won 5 and damaged the MGB in other seats.

The polarisation ahead of the 3rd phase polling as well as AIMIM’s rising popularity among the Muslims, sank the RJD-led Mahagathbandhan in Bihar although they were leading the battle at the end of Phase 2 elections.