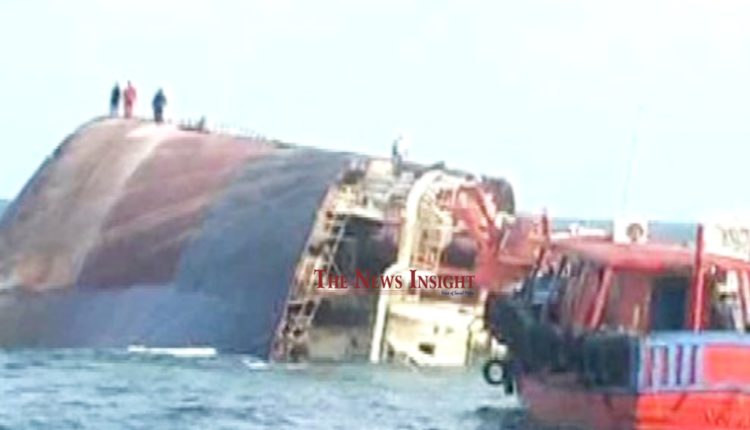 TNI Bureau:  The sunken vessel MV Black Rose off the Paradip Coast is back in the news again after a fishing trawler capsized after hitting a portion of the ship today. 5 fishermen have been rescued while 4 others are still missing. Rescue operations are underway.

For the last 11 years, the sunken vessel has been posing serious threat to fishermen in the area who venture into the Sea. A series of mishaps have been reported here after MV Black Rose sank on September 9, 2009.

Repeated incidents of boat capsize have led to resentment among the fishermen, boat owners and trawler staff. The iron-ore laden cargo ship from Mangolia is 4 feet deep in Sea and has always been a threat for fishermen.

Despite series of demands, the vessel has not been removed from the spot yet. It is alleged that the vessel was engaged in illegal transportation of iron-ore and other minerals using forged documents. Some local politicians of Odisha are under the scanner. CBI is probing the case, but has gone slow owing to mysterious reasons.