Watch: Women Kabaddi Players served Food in Toilet in UP 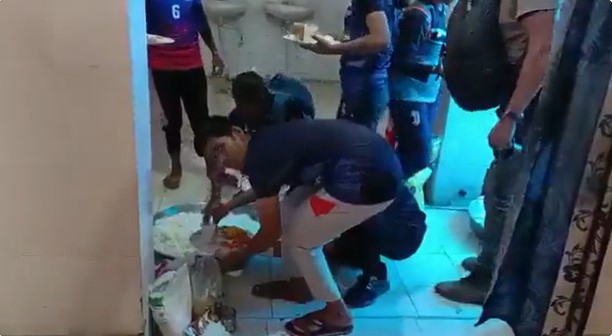 Humiliation the women Kabaddi players have been subjected to, is not acceptable in anyways.

Shocking video shows food being served to the Kabaddi players which were kept on the floor of a stadium toilet, during a three-day state level U-17 girls’ kabaddi tournament in the Saharanpur district of Uttar Pradesh.

In the viral clip, food including rice, dal, curry and puri can be seen being served to the players from the vessels placed on the toilet floor near the gates of the Bhimrao Ambedkar Stadium in Saharanpur. The video went viral on social media later.

More than 300 players and about two dozen officials from all over the State had reached here for the tournament.

Kabaddi players at state-level tournament in UP served food in toilet near a row of urinals. Detailed report on @IndiaToday. https://t.co/beTA3FixBT pic.twitter.com/FPjk7BW0hd