He submitted his resignation to Governor Satyadev Narayan Arya today.

By Sagarika Satapathy Last updated May 14, 2022 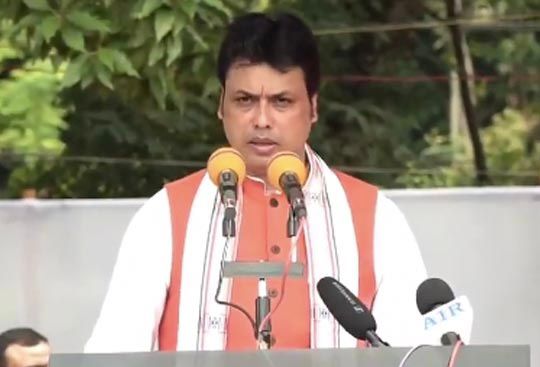 He submitted his resignation to Governor Satyadev Narayan Arya today.

This comes a day after he met Union Home Minister Amit Shah. The news development took place a year ahead of the scheduled Assembly elections in the state.

Biplab Kumar was elected as the northeastern state’s first Chief Minister from BJP.

The new Chief Minister of the state will be elected at a meeting of the BJP’s MLAs.

Union Minister Bhupendra Yadav and party’s general secretary Vinod Tawde have been made observers for the BJP’s legislature party meet.

BJP had won the historic polls in 2018 under his leadership by bagging 34 out of 60 seats in Tripura Assembly.

His resignation was attributed to massive infighting within the BJP’s state unit.