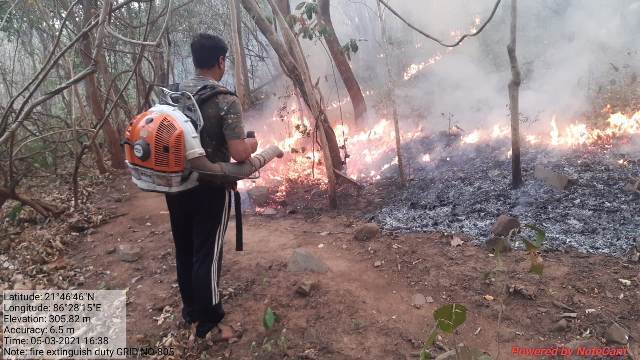 ➡️ Efforts are being made by Odisha Forest Department to douse the forest fire in Similipal, Mayurbhanj. Flames are being brought under control with 24×7 involvement of the staff.

➡️ Half of Odisha will be going to reel under heat wave by the end of March.

➡️ Donation of Rs 25,000 million has been collected for Ram Temple construction in Ayodhya: VHP.

➡️ 5 dead, over 25 injured after collision between 2 buses in UP’s Aligarh district.