After retirement, he has chosen to go back to his roots and live in his hometown of Khariar. He has also been working for the socio-economic upliftment of Western Odisha in general and Khariar in particular. 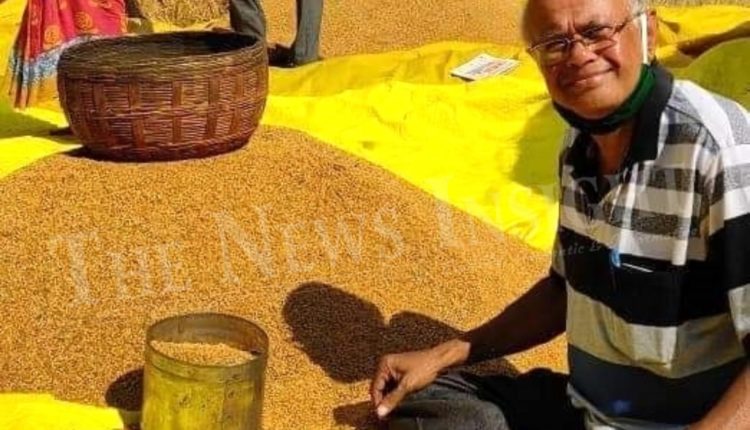 He belongs to Khariar town of Nuapada district in Western Odisha.

After retirement, he has chosen to go back to his roots and live in his hometown of Khariar. He has also been working for the socio-economic upliftment of Western Odisha in general and Khariar in particular.

He was the President of Students Union at Revenshaw College.

He started his professional career as Probationary Officer in Bank of India. Thereafter he got qualified in Civil Services and joined the Department of Income Tax in 1982. He served the Income Tax Department in various capacities at Raipur, Sambalpur, Bhubaneswar, Kolkata and Mumbai.

Chatterjee was widely respected as an honest officer throughout his career.

He superannuated as Principal Commissioner of Income Tax from Raipur Division in the year 2015.

During his tenure in Mumbai, he was a catalyst in bringing together multiple groups of Western Odisha in Mumbai and founded Paschim Odisha Parivar (POP), socio-cultural organisation to promote the arts and literature of Odisha and to celebrate the popular mass festivals of Western Odisha – Nuakhai and Pushpuni.

Shreekant Chaterjee is also a professional author. He has published three books in Odia language – “Bhayaru Mukti”, “Kalpanara Jaya” and “Atmasamikhyara Bala”. He has been a regular contributor to the editorial page of Samaja. Previously he also wrote for Sambada and Dharitri. His articles and essays published in Jhankar (Odia), The Statesman, The Telegraph and The Hindu are always a pleasure to read.

He started a platform called “Mukta Bichar Manch” – a forum to discuss and debate on contemporary issues every month.