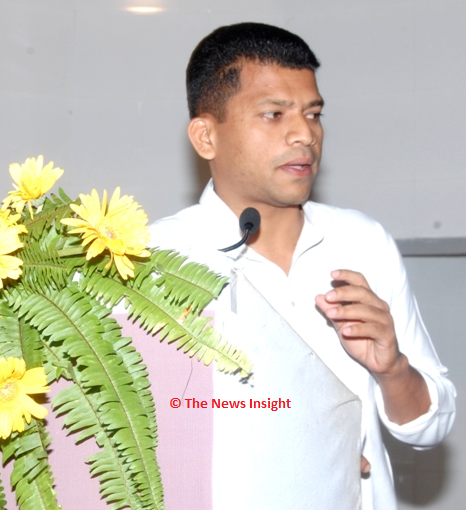 Insight Bureau: The inevitable happened. Congress Party in Odisha received another big jolt, as PCC Working President and former Nabarangpur MP Pradeep Majhi resigned from the primary membership of the party. He is all set to join the ruling BJD soon.

While resigning from the party, Pradeep thanked the High Command in his letter to Congress President Sonia Gandhi. “I am thankful to Congress for giving me an opportunity to work. However, there is no scope left in the party now to serve the people. That’s why I am taking the decision to resign from the party with much pain and a heavy heart,” wrote Pradeep Majhi.

Pradeep also wrote that he would continue to perform his duties as per the Congress ideology and serve the people with utmost satisfaction. Earlier, Pradeep’s close aide and Nabarangpur Youth Congress President Akhil Bhatra had resigned from the party yesterday.

Pradeep Majhi, who had taken a different line from his father former Rajya Sabha MP Bhagaban Majhi (then BJD President in Nabarangpur) and started his career from Congress, rose to the top from Zilla Parishad Chairperson to Odisha Youth Congress President to Nabarangpur Lok Sabha MP. He was later appointed the Working President of the Congress. He is considered close to Rahul Gandhi and recently met him in New Delhi.

Pradeep’s departure is a big setback for the Congress in Undivided Koraput District, as two other Senior leaders former Kotpad MLA Chandra Sekhar Majhi and former Laxmipur MLA Kailash Kulesika had resigned from the party a few days ago.

Pradeep Majhi, known as a bitter critic of BJD and an activist, will be a prize catch for the ruling Biju Janata Dal, as they managed to silence a strong dissenting voice by winning over him. 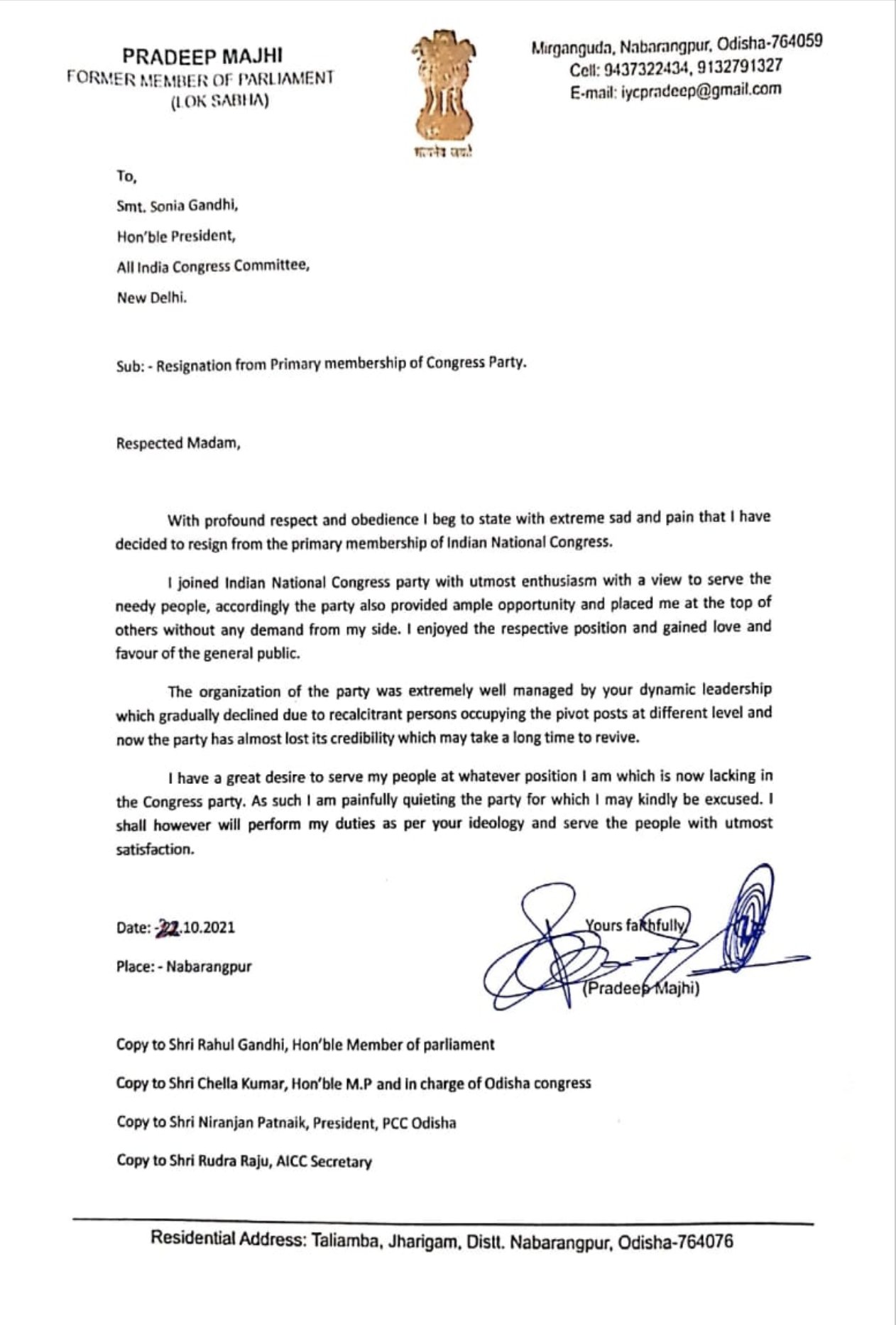