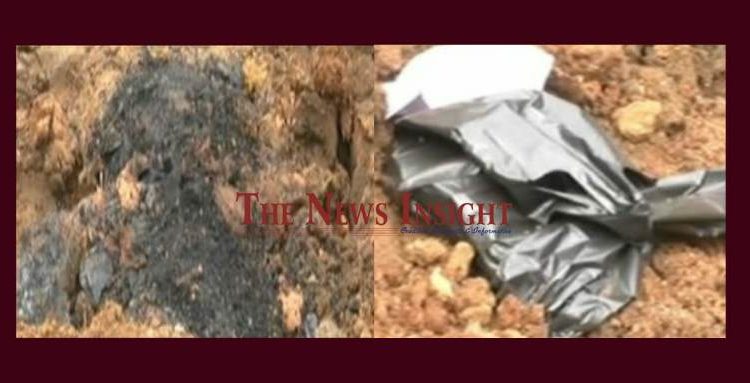 Insight Bureau: At around 4 AM today, the police took prime accused Govind Sahu to Mahaling Stadium to recreate the crime scene. It was ensured to avoid any toward incident in view of the massive public anger against the accused.

Govind reportedly showed a demo to the police for 10-15 minutes. He narrated how he murdered Sunshine Public School Teacher Mamita Meher, chopped her body into pieces, and then burnt those inside the pit.

Govind also revealed that he destroyed Mamita’s mobile phone and threw it the fire. He burnt Mamita’s body using desks, bench and tyre.

DIG (Northern Range) and Balangir SP were present when the crime scene was recreated at Mahaling Stadium.

Meanwhile, Odisha MoS (Home) Captain Dibya Shankar Mishra, who has been under the scanner over his close links to Govind Sahu, remains incommunicado. The BJD has been defending the Minister, ruling out his resignation despite the letter written by NCW Chairperson Rekha Sharma to CM Naveen Patnaik, requesting removal of two Ministers – Captain Dibya Shankar Mishra and Pratap Jena.