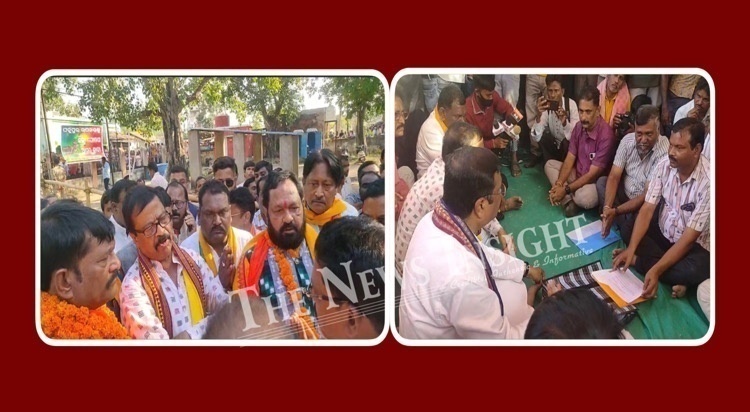 TNI Bureau: Despite holding a massive procession to the Sub-Collector’s office, accompanied by Union Minister Dharmendra Pradhan and MP Suresh Pujari, BJP candidate Pradip Purohit did not file the nomination and returned.

According to the BJP, the decision was taken to respect the sentiments of farmers who have been on a dharna outside the Sub-Collector’s office.

Later, Pradip Purohit, Suresh Pujari, Dharmendra Pradhan and other BJP leaders held discussions with the farmers and expressed solidarity with them. They also assured them that their demands will be met within 7 days.

Earlier yesterday, the farmers who are upset over non-fulfillment of the demands, had requested all candidates not to file nominations till their demands are not met.

It would be interesting to see what stand BJD and Congress take in Padampur.

Padampur Bypoll: Voting Time fixed at 7 AM to 4 PM