The the association's members requested that the State Government repeal the contractual appointment rules that have been in effect since 2013. 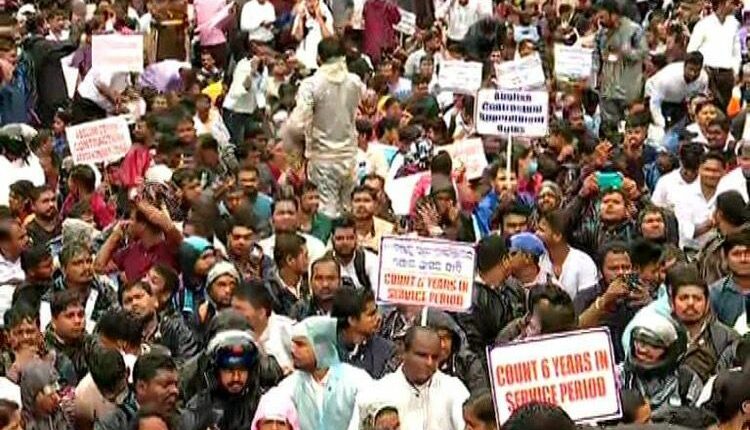 TNI Bureau: In a big relief to thousands of contractual employees in the State, the Odisha Government has agreed to consider their demands and sought 15 days time to sort out the issues.

During the talks held between the Odisha Government and the representatives of Odisha Government Contractual Employees’ Association (OGCEA), the Govt officials have assured to look into all aspects. The OGCEA expects to get a ‘Puja Gift’ ahead of the Dasshera.

The opposition parties had already extended their support to the agitation, putting the government on a back foot.

A contractual employee is appointed under the system after passing the necessary examinations, which are administered by the Odisha Public Service Commission (OPSC). According to the employees, they are later hired as contractual government employees for a period of six years, which entitles them to a pittance in comparison to their regular counterparts.

Woman arrested in Edinburgh for protesting against Monarchy