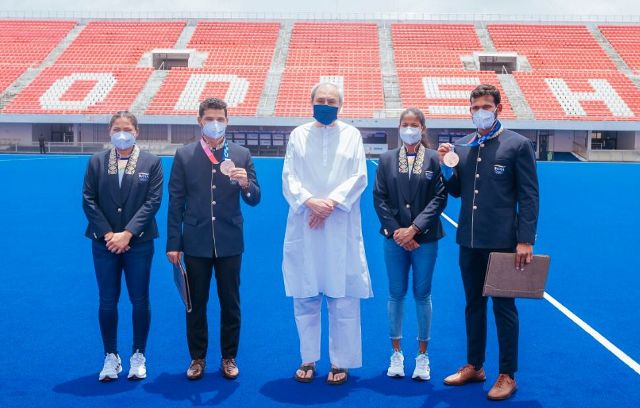 Chief Minister handed over the cash award of Rs 2.5 crores to Birendra Lakra and Amit Rohidas. Chief Minister also handed over the offer letter for appointment as Deputy Superintendent of Police in the State Police department. He appreciated the performance of the players in winning Bronze medal for the country. 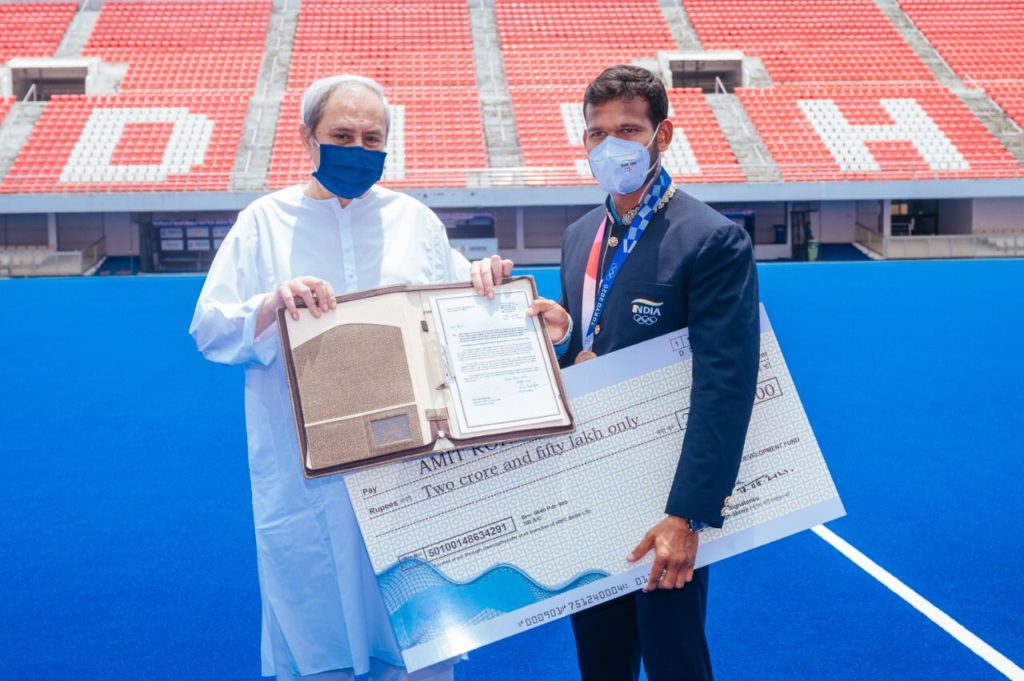 Chief Minister handed over cash award of Rs 50 lakhs each to Deep Grace Ekka and Namita Toppo, who were part of the Indian Women’s Hockey team at the Tokyo Olympics. He commended the spirited fight of the women’s team in reaching the semi-finals and creating history in Indian Hockey.

Lauding their performance, the Chief Minister advised them to continue their hard work and bring more laurels to the country. CM also assured them full support in future.

Kalinga Stadium has become the global hub of Hockey. The next edition of Men’s Hockey World Cup will also be played Kalinga Stadium, Bhubaneswar. The Players were excited to be back at their home turf where they had competed against the best in the world which helped them in their journey to Olympics.

They expressed their deep sense of gratitude towards the Chief Minister for supporting Indian Hockey which led to wonderful results in Tokyo Olympics. The Olympians were elated that the State Government has fulfilled its commitment of cash rewards and jobs on their arrival in the State.

The hockey players from the High-Performance Center and the Sports hostel were present during the ceremony. Chief Minister Naveen Patnaik assured all support to the emerging players from Odisha. 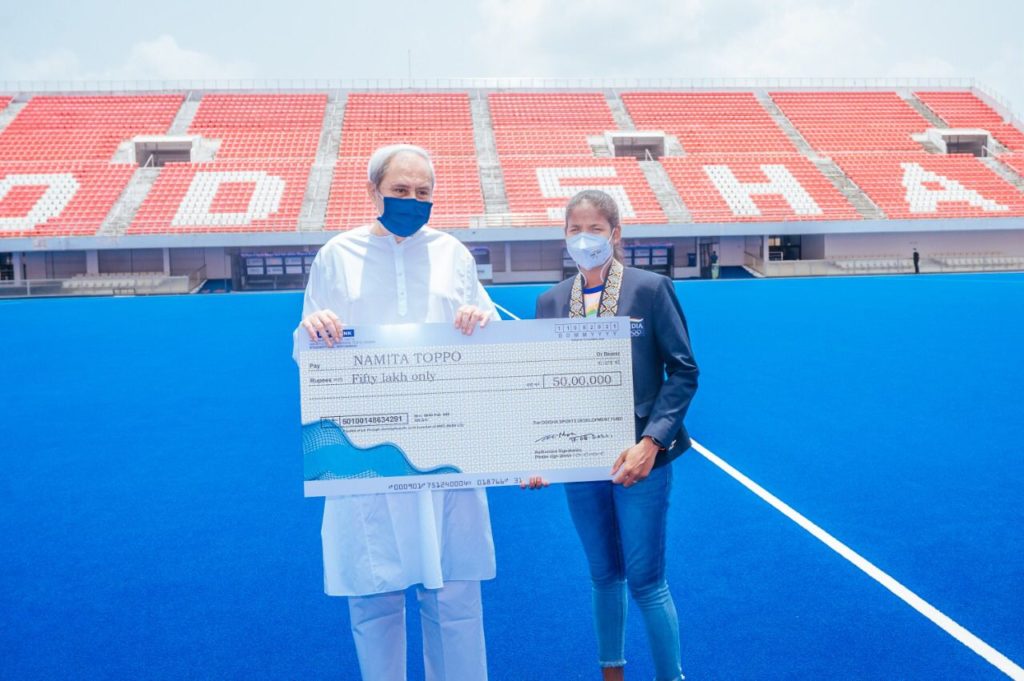