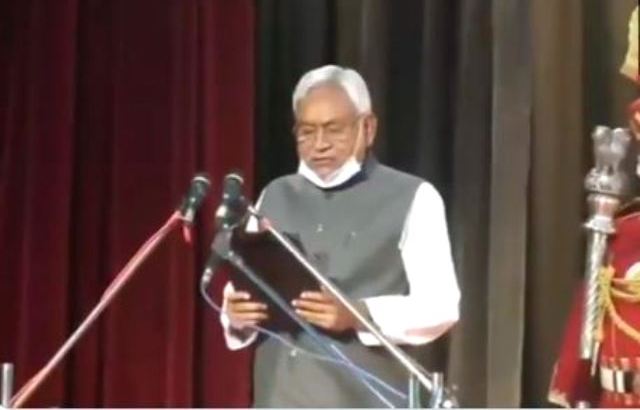 TNI Bureau: JD(U) Chief Nitish Kumar has been sworn in as the Chief Minister of Bihar for the seventh time – fourth consecutive term.

Bihar Governor Phagu Chauhan administered oath of office to the CM, Deputy CMs and Ministers at the Raj Bhavan in Patna.

The NDA won the State election with a majority of 125 out of 243 assembly seats.