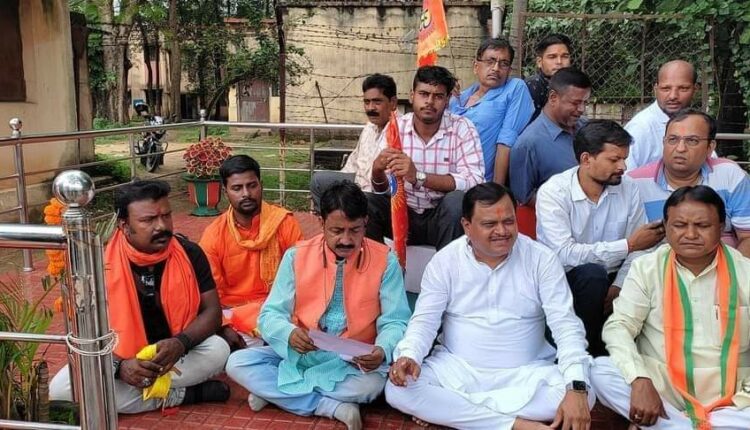 TNI Bureau: In order to intensify the campaign for the release of Dara Singh, a murder convict, Sudarshan News’ CMD and Editor-in-Chief, Suresh Chavhanke reached the premises of Keonjhar district jail to meet Dara Singh.However, he was denied permission to met him under the pretext of law and order problem.

Suresh Chavhanke has been tweeting from outside the jail with regular updates. Large police deployment has been made to ensure law and order as well as communal harmony. Meanwhile, Dara Singh has gone on an indefinite fast in protest while Suresh has staged a sit-in outside the jail.

Dara Singh is serving a life sentence in three separate cases, in which he was given life sentence in 1999 for the murder of Australian missionary Graham Staines and his two sons. He has been in the jail for the last 22 years.

Earlier on Tuesday, Chavhanke visited Jagannath Temple in Puri and participated in an event organized by NGO Veer Savarkar Foundation in Cuttack.