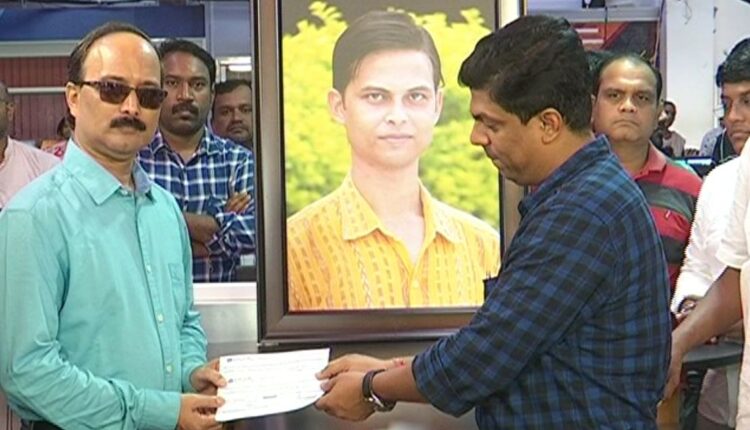 Amlan’s father, Pratap Nanda was handed over a cheque for the course fee of Amlan at OTV’s head office in Bhubaneswar.

Arindam Das Memorial Scholarship will be granted to a needy student every year in memory of its late journalist Arindam Das who lost his life during live coverage of the rescue operation of an elephant stuck in Mahanadi river at Mundali barrage last year.

A statue of Arindam was also unveiled by OTV MD Jagi Mangat Panda at his ancestral home in Raikala of Keonjhar district on his first death anniversary on September 13 (as per Tithi).