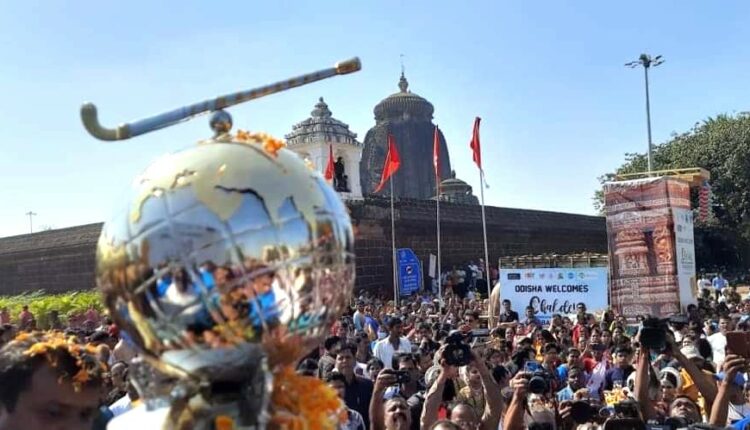 TNI Bureau: The FIH Men’s Hockey World Cup trophy arrived in Bhubaneswar on Sunday to a rousing welcome by the sports enthusiasts and fans.

The trophy reached Odisha after travelling across the states for over 21 days. 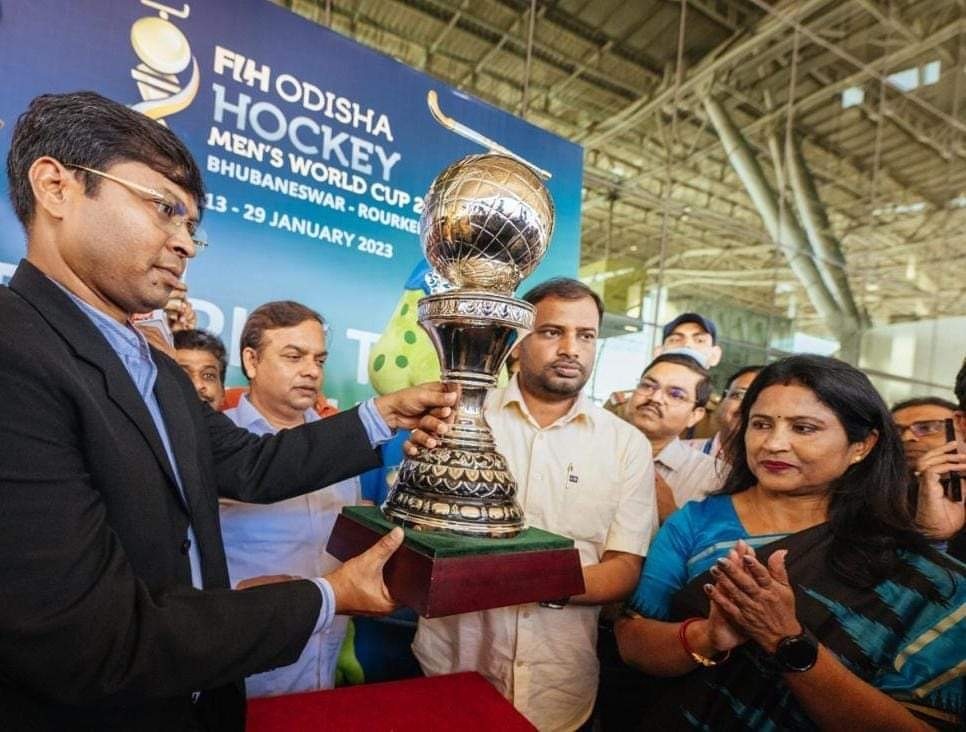 Later, it was handed over to Bhubaneswar Municipal Corporation (BMC).

BMC Mayor Sulochana Das and Commissioner Vijay Amrit Kulange welcomed the trophy with much fanfare amidst dance, music and culture of Odisha. 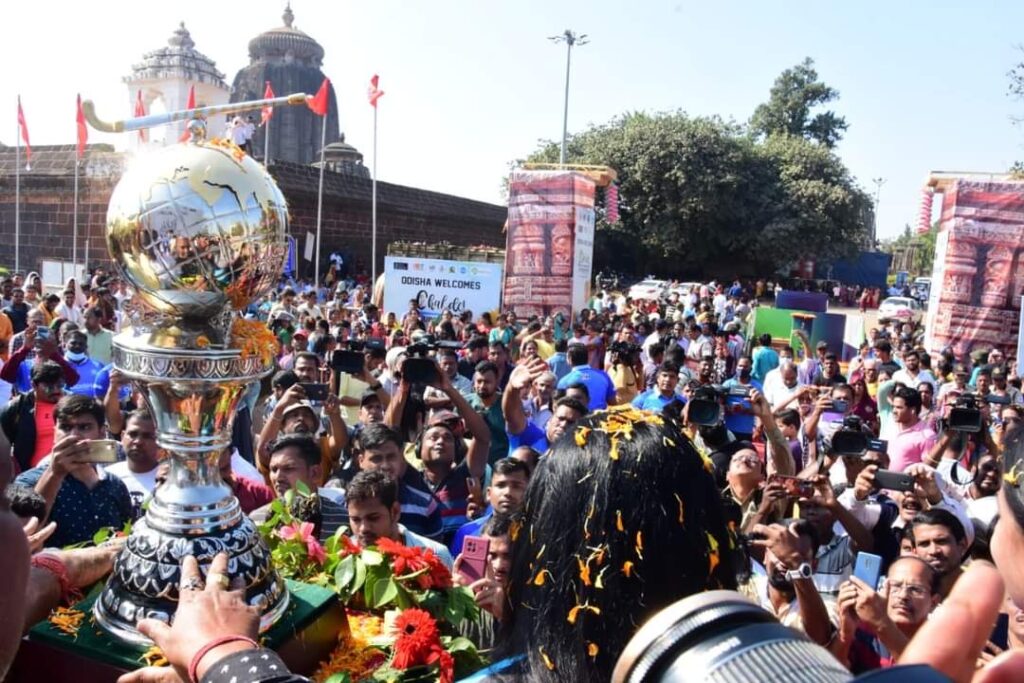 Then the Trophy travelled to Lingaraj temple in a bike rally and procession.

The trophy will be taken across various districts in the State to spread and create enthusiasm among the youths for the sport.

The matches of Men’s Hockey World Cup-2023 will be played at Kalinga Stadium in Bhubaneswar and Birsa Munda Stadium in Rourkela from January 13 to 29, 2023. 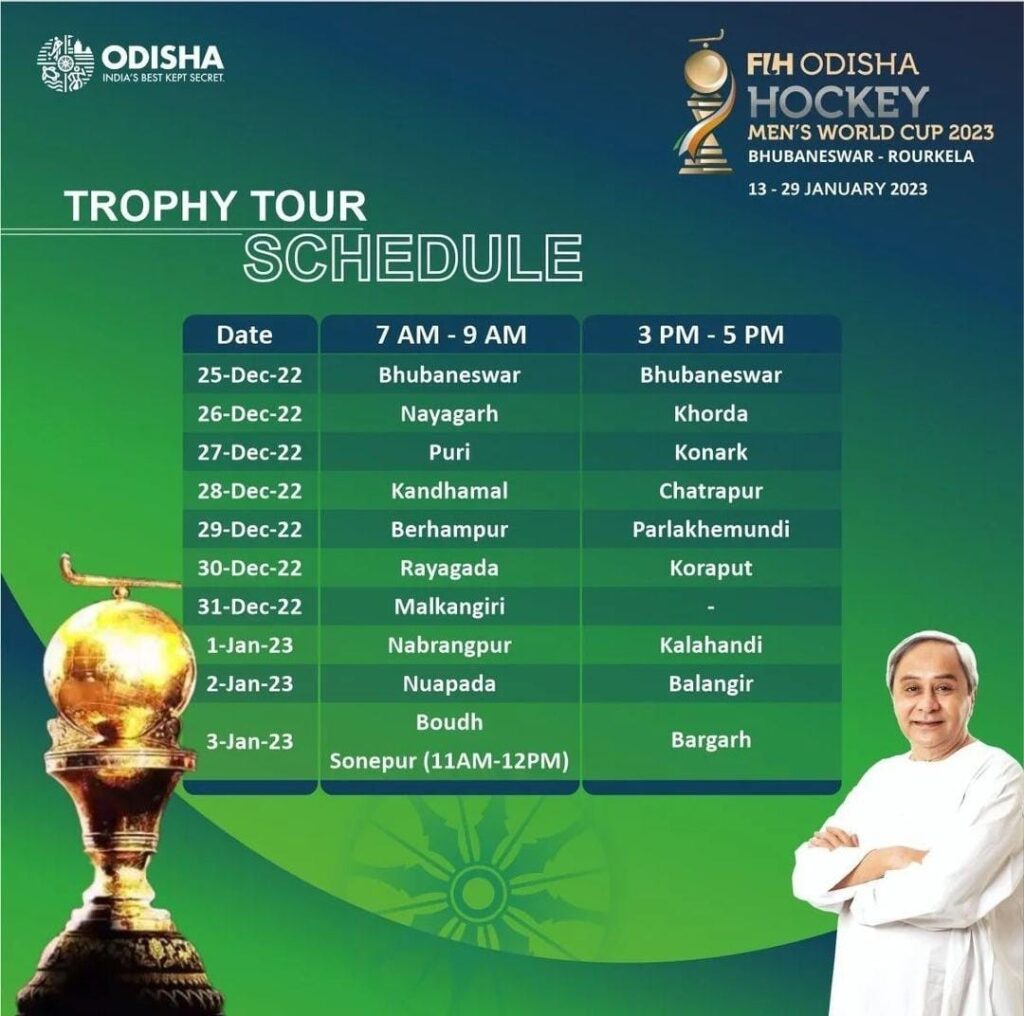