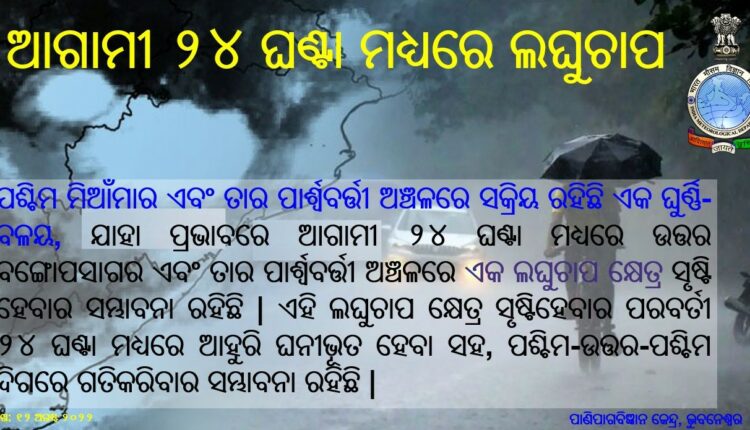 The India Meteorological Department’s (IMD) regional centre, Bhubaneswar has predicted heavy rainfall for 13 districts of the State in the next 24 hours.

According to IMD’s latest bulletin, a Low Pressure Area is likely to form over North Bay of Bengal during next 24 hours. Under the impact, heavy to very heavy rainfall alert has been issued over the State on August 13 and 14.

🔹 13 districts in Odisha to experience heavy rainfall during the next 24 hours.

🔹 Intensity of rainfall to decrease from August 15.