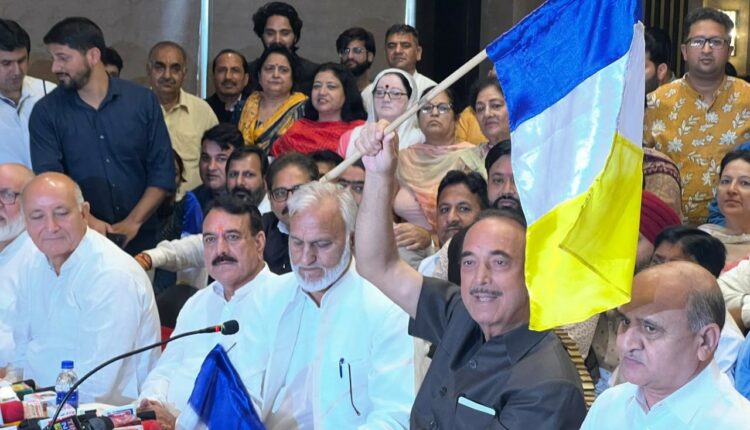 TNI Bureau: A month after his exit from Congress, senior Congress leader Ghulam Nabi Azad on Monday announced the name of his new party as Democratic Azad Party.

According to former Congress Veteran the blue colour in the party flag depicts “freedom, open space, while white colour stands for peace and the mustard indicates unity in diversity.

He made the announcement at a press conference, wherein the former Jammu and Kashmir Chief Minister said his party will focus on the restoration of full statehood, right to land and employment to native domicile.