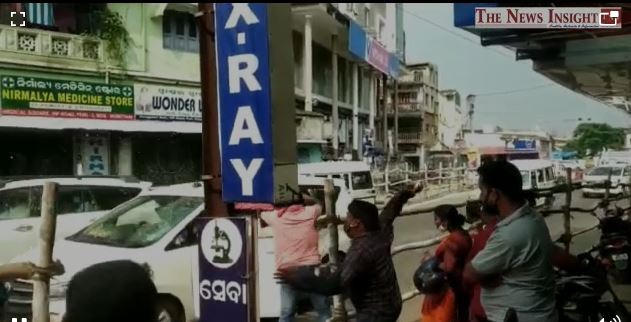 Insight Bureau:  For the first time in several years, eggs have been hurled at Odisha CM Naveen Patnaik’s carcade in Puri while he was returning from the Shilanyas ceremony of Shrimandir Heritage Corridor project.

Earlier, Minister Bikram Keshari Arukh too faced egg attack when he was on his way to attend the Shilanyas ceremony. Several Ministers and BJD leaders were targeted by the BJP and Congress workers over Mamita Meher murder case, seeking resignation of MoS (Home) Dibya Shankar Mishra. However, this is the first time CM Naveen Patnaik was directly targeted.