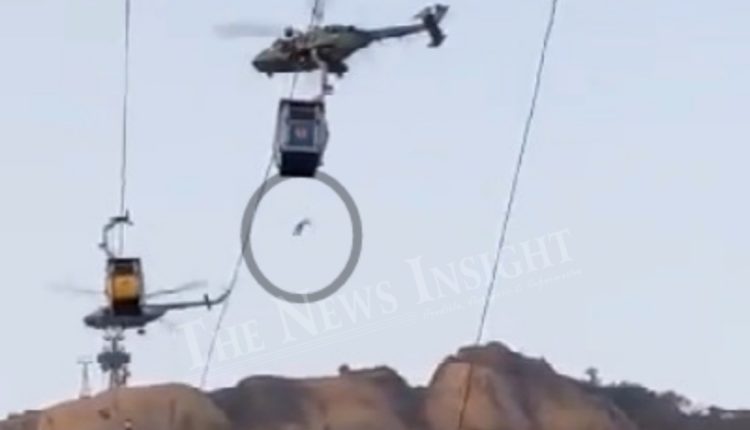 Insight Bureau: While around 42 have been rescued so far, 5 are still trapped mid-air in the cable cars in Deoghar district of Jharkhand.

The rescue operation has resumed this morning after a suspension last evening due to low visibility. The botched rescue mission led to the death of a man when his safety belt was broken. He plunged to 1500 deep from the air and died. Another woman died under similar circumstances after falling down during the rescue attempt.

At least 3 people died in the ropeway accident while 12 others were injured.

The joint teams of the Air Force, the Army, ITBP and NDRF are working on a mission mode to rescue the remaining trapped people. The operations will be over by today afternoon.

The 766-metre Trikut ropeway, is India’s highest vertical ropeway and located near the Baba Baidyanath Temple. The malfunctioning system saw cable cars getting stuck thousands of feet above ground and collided with each other, leading to injury and loss of lives.