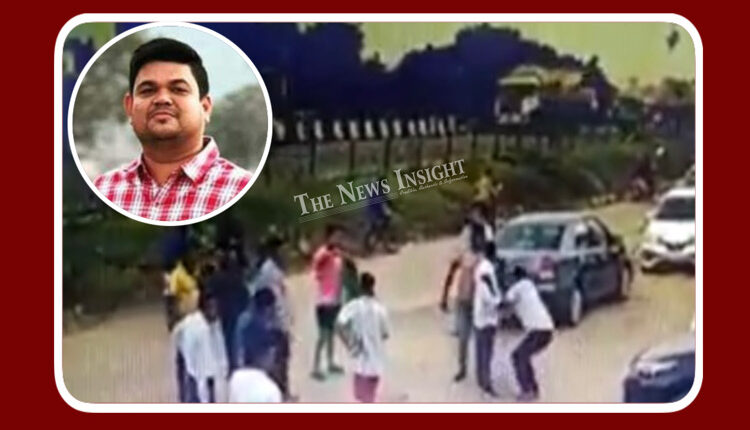 Amarendra and his aides had make a driver kneel down on the road and then assaulted him in full public view in a road rage case. When some locals including Tulia Mohapatra and Nirmal Swain objected, they were assaulted too by the group. After more people gathered at the spot, the Minister’s nephew and his associates fled with the “humiliated driver”.

Nirmal was rescued by the locals and admitted to the hospital. A case has been registered at the Cuttack Sadar Police Station.

The incident was captured by the people present at the spot. When the video went viral and triggered an outrage, the police swung into action and scrutinised the CCTV cameras to identify the accused.

While Amarendra Swain has been arrested, the other 3 accused are still in the run. The cops have launched a massive manhunt to nab them.