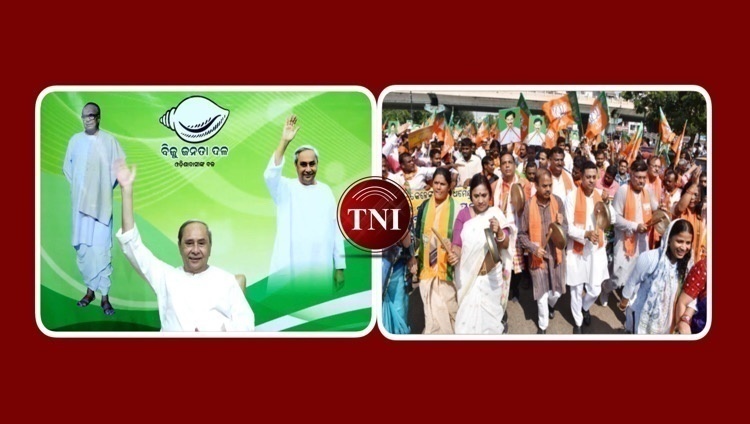 TNI Bureau: With the mainstream Media ending Politicians-Archana Nag nexus debate, the Odisha BJP held a massive march towards Naveen Niwas and roared in the Capital City on Monday.

Whether Archana Nag case or BJD ZP Member Dharmendra Sahu death case, BJP has decided to corner the ruling party with a direct attack on CM Naveen Patnaik accusing of remaining a mute spectator to all wrongdoings of his MLAs, Ministers and party leaders.

On the other hand, unfazed over the protests, Naveen appeared virtually to address the people of Dhamnagar and promised to complete the five years of work in 18 months.

It would be interesting to see how Dhamnagar responds to both these developments.

The Battle of Dhamnagar has taken a decisive turn with massive cash distribution being reported to lure the voters. Today is the last day of campaigning in Dhamnagar. Polls will be held on November 3 and results will be declared on November 6.