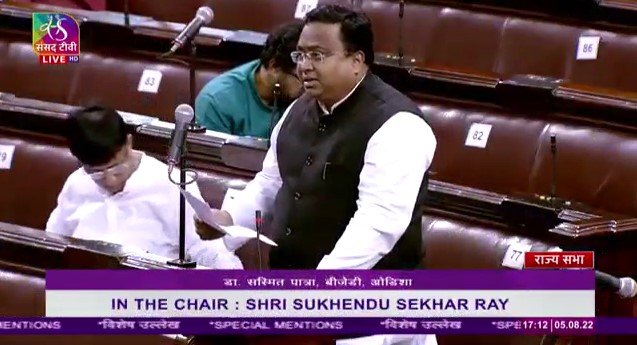 Insight Bureau: BJD MP Dr. Sasmit Patra demanded passing of the 33% Women’s Reservation Bill in the Parliament.Speaking in the Rajya Sabha in the Special Mention, he mentioned how Odisha Vidhan Sabha had passed a resolution demanding 33% reservation for women in Parliament and State Assemblies.

He also mentioned about how 22 BJD delegations were sent out to 22 national and regional parties by BJD President & CM Naveen Patnaik seeking support for passage of the Women’s Reservation Bill.

Dr. Patra also stated that BJD had provided 33% reservation to Women in the 2019 Lok Sabha elections.